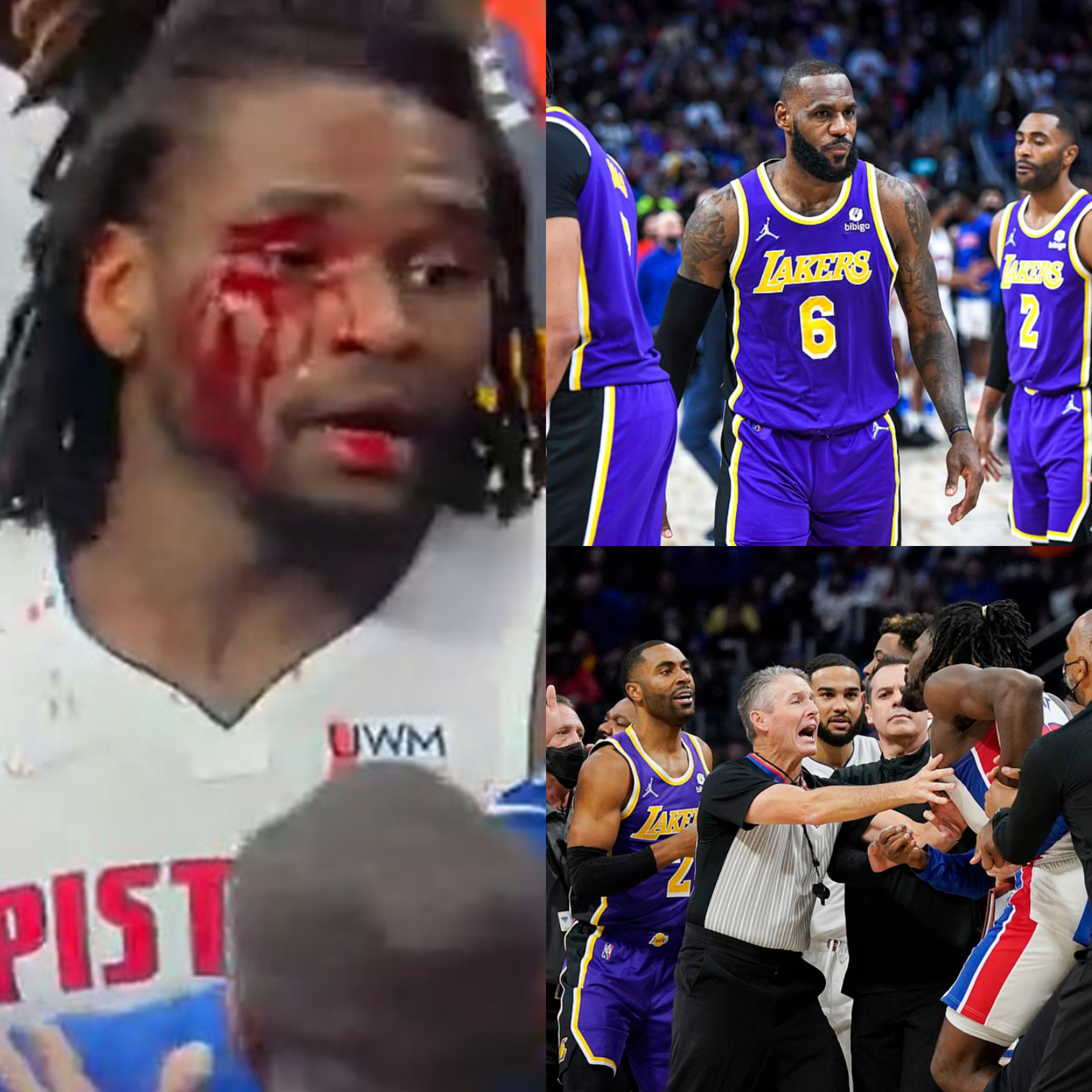 Los Angeles Lakers star, LeBron James was ejected from an NBA game on Monday morning, November 22 after delivering a brutal blow to the face of Detroit Pistons forward Isaiah Stewart, which left blood gushing all over his face.

James’ left elbow and fist struck Stewart during a Pistons free throw in the third quarter of the game at at Little Caesars Arena in Detroit.

After the blow, both benches flooded onto the court as Stewart and James engaged in a shoving and screaming match.

Stewart who was furious was seen with blood streaming down his face, screaming towards Lebron as coaches and teammates held him back.

At a point after much pleas, Stewart nodded his head and appeared to agree to head to the locker room, turning to walk toward the tunnel.

But that was not his aim, Stewart again whirled and charged towards James, sprinting up the court as coaches, players and referees hurled themselves at him, clinging to his arms.

Stewart was finally manhandled off the court, and sprinted up the tunnel to the locker room.

NBA league officials will now review footage of the incident to determine whether fines or suspensions will be given to NBA icon LeBron James.

The Lakers won the game 121-116. In a post-game press conference, Lakers player Anthony Davis insisted that James had not intended to strike Stewart.

‘Stewart tried to defend LeBron, ‘Bron did the same thing. Everyone in the league knows ‘Bron not a dirty guy, he didn’t mean to hit him. As soon as he did, he looked back at him, told him “Oh, my bad, I didn’t try to do it,”‘ said Davis.

Davis slammed Stewart for his on-court antics following the blow to the face.

‘It’s uncalled for, you got a cut above your eye, accidental, it wasn’t like it was on purpose,’ added Davis.

The Lakers and Pistons had to be separated multiple times after this play between LeBron and Isaiah Stewart. pic.twitter.com/im0o7fXeoI