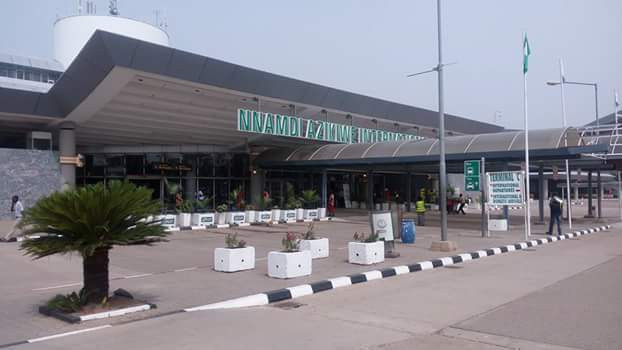 An air traffic controller with the Nigerian Airspace Management Authority (NAMA) Aniekan Inuk Effiong, has slumped and died on duty at Abuja airport.

Effiong said to be in his early 40s reportedly slumped while at his duty post at the Abuja Approach Radar Control in the early hours of Monday, November 22.

A statement issued by NAMA spokesperson, Mr Khalid Emele said the deceased was rushed to the Air Force base clinic where he passed away.

“The Nigerian Airspace Management Agency (NAMA) announces with utmost grief, the passing of Mr Aniekan Inuk Effiong, an air traffic controller with the agency, at Abuja station, today, the 22nd of November, 2021. Until his death, late Effiong was an Assistant General Manager, Operations,” the statement reads.

“Mr Effiong reported to duty at the Abuja Approach Radar Control (TRACON) on November 21, 2021, at 6 pm without any sign of illness whatsoever. He was to close by 7 am the next day. However, at about 4 am this morning, he experienced difficulty in breathing. FAAN ambulance was called to evacuate him to the nearest medical facility. He was immediately taken to the Air Force base clinic where he died,”

“Mr Effiong was a hardworking and dedicated staff who died at the prime of his career. He will be missed by the entire NAMA community. May his soul rest in peace. Amen.”

Earlier, a source at the airport claimed that said the deceased could not be rushed to the hospital after he slumped due to vehicular restrictions to the Total Radar Coverage of Nigeria (TRACON) site.

“Before they could get a vehicle and rush him to the hospital he passed on. I wish to appeal to the authorities particularly his immediate constituency NAMA, the magnanimous Minister and DG NCAA to please come to the immediate aid of his young family with the hope also that he will be compensated adequately to encourage others,” the source said.

“While doing all these, may I appeal that the restriction of vehicle to the TRACON site be reviewed immediately while stress test carried out on the surviving ones. I humbly submit and seek for prayers for God to forgive his shortcomings and accept him in his bosom.” the source added.

“F*** them kids, we sent him money to flex” – Man says he’s mad at Davido for not using the donated funds to clear his Rolls Royce