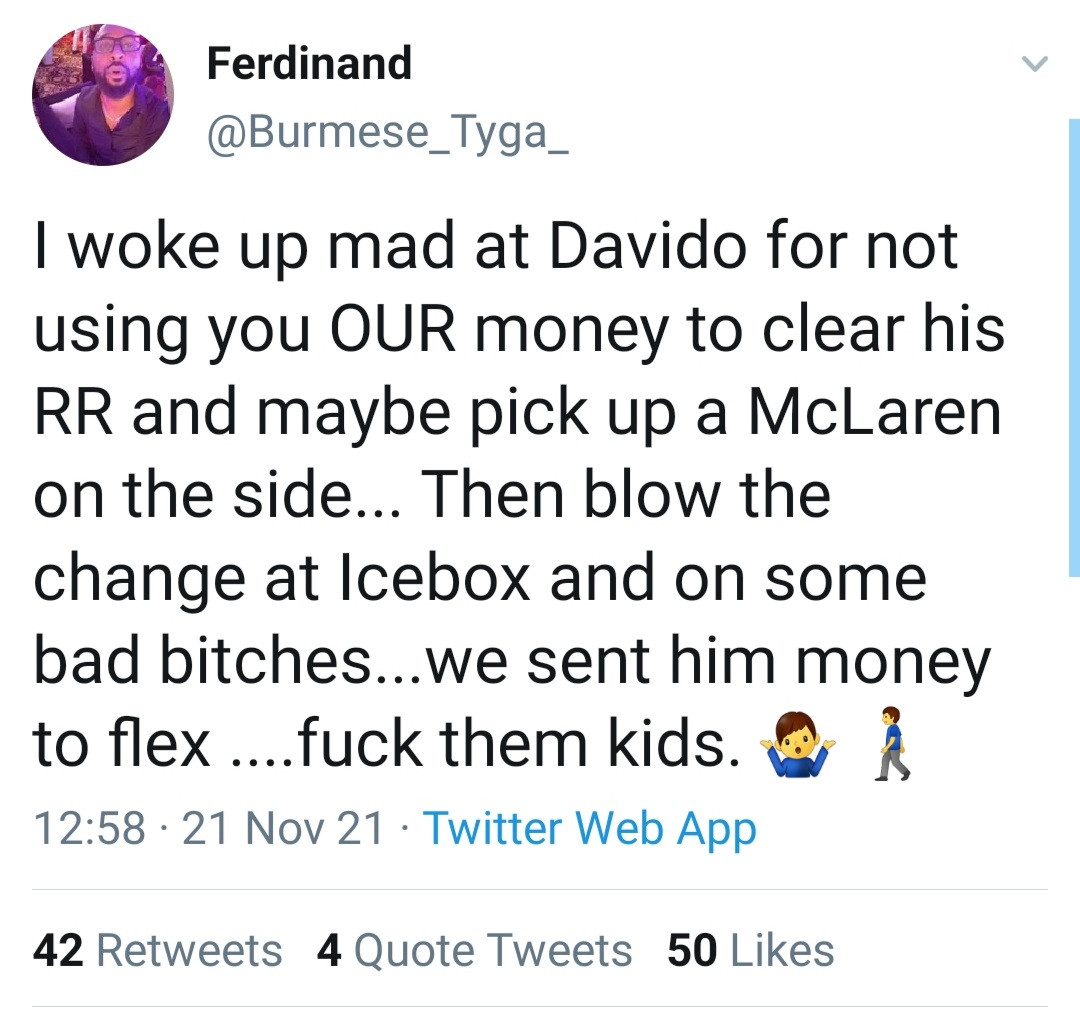 A writer/Twitter influencer has expressed outrage over Davido’s choice to give the goodwill donations he received to orphanages.

A number of people applauded him for it and some didn’t agree with his choice, notably Baba Fryo, who opined that the money should have been given to him.

Now, Twitter influencer Ferdinand has gone on the platform to also say the singer should have used the money for what he said he would use it for.

He tweeted: “I woke up mad at Davido for not using you OUR money to clear his RR and maybe pick up a McLaren on the side… Then blow the change at Icebox and on some bad bitches…we sent him money to flex ….fuck them kids.”