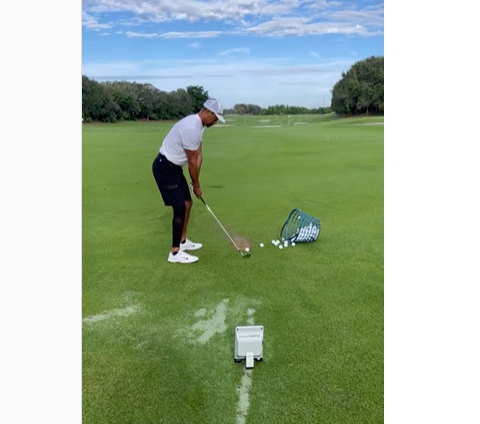 Tiger Woods has returned to the golf course after almost nine months since he was seriously injured in a car accident in February.

Woods’ car left the road at about 84-87mph and flipped several times during the accident in California. He required surgery on open fractures to his lower right leg and sustained further injuries to his foot and ankle.

The former world number one, 45, was the sole occupant in his vehicle and was wearing his seatbelt, with the Los Angeles Sheriff’s Department saying he was “fortunate to be alive” following the incident on 23 February.

The 15-time major champion took to Twitter to update fans on his recovery. Woods posted a video to his 2.7million followers on Instagram, simply captioned: ‘Making progress,’ with more than 850,000 likes and almost 9,000 comments already.