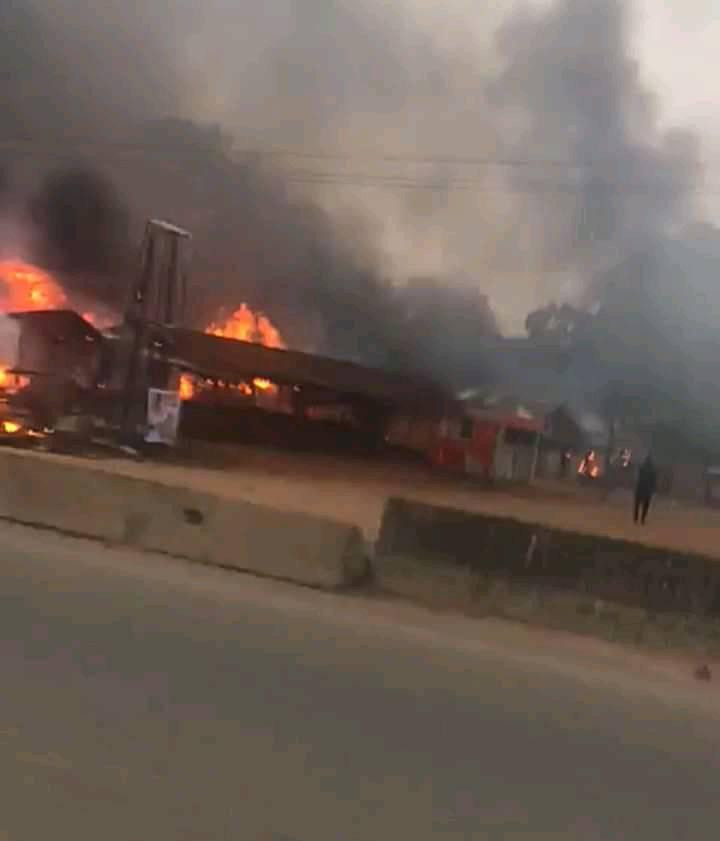 According to Punch, gunmen on Monday afternoon, November 22, killed a military officer when they attacked some soldiers at Ishieke junction in the community.

In reprisal, soldiers regrouped, invaded the town and allegedly burnt down a hotel, shops, and houses.

According to a source who spoke to the publication, many indigenes of the community have fled as soldiers took over the community.

“Some hoodlums attacked some soldiers at Ishieke junction in Awo Mmamma and killed one of them. They zoomed off towards Ihiala in Anambra State. Later soldiers invaded the area and caused havoc in the area by setting a hotel, cars, houses and stalls on fire.” the source said.