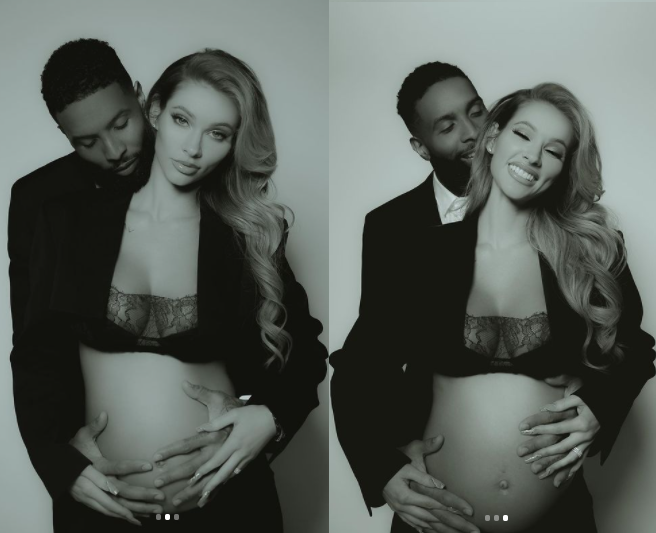 Earlier this year, it was speculated that the model and social media star was pregnant after a photo of her with a visible baby bump was circulated after an alleged DM conversation in which she confirmed the news.

Last night, Lauren confirmed the news publicly for the first time with a series of maternity photos with her man.

The couple started dating in the year 2019.

“It took only one humble artist to embarrass all the billionaires, jet flying pastors and politicians” Kiddwaya’s mom, Susan reacts to Davido N250m gift