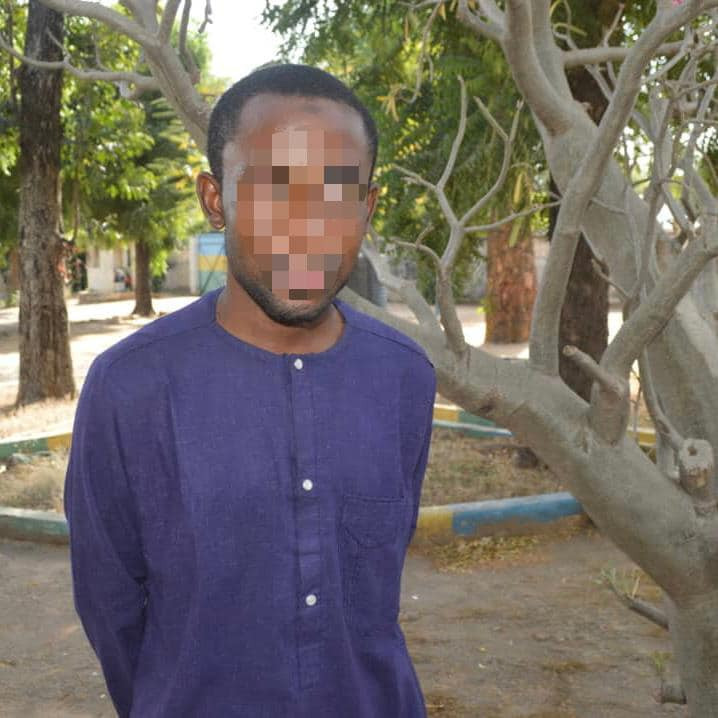 The police in Kano state have arrested a 25-year-old man, Aliyu Hussaini, who specializes in the use of social media platforms, Facebook and Whatsapp to advertise textile materials and thereafter defraud unsuspecting customers of their monies without delivery of the goods.

The spokesperson of the state police command, DSP Abdullahi Haruna, said Hussaini was arrested for defrauding 37 unsuspecting customers who mostly are women, of goods worth over N1 million.

According to Haruna, nemesis caught up with him while attempting to defraud a victim after he duped another, Yelwa Shandam N100,000, and failed to send the goods to her instead he packaged rags and tattered Mosquito Nets and sent them to her.

“We received a report from a woman, Shandam from Plateau State at about 9am on the 9th November, 2021 that she ordered for supply of 14 different textile materials worth N100,000 from Hussaini but instead of sending the goods he packaged rag and tattered Mosquito Nets and sent to her through a motor park in Unguwa Uku.

Upon receiving the report, the Commissioner of Police, Kano State Command, CP Sama’ila Shu’aibu Dikko, raised and instructed a team of detectives led by DSP Mutari Jibrin Dawanau to arrest the culprit.

The suspect was caught in possession of a Laptop Computer and a Mobile Phone while trying to defraud another unsuspecting victim.

During interrogation, the suspect revealed he specialized in using Whatsapp and Facebook to advertise Textile Materials, collect people’s money and then either block their social media accounts/phone numbers or send tattered rags to them. He also confessed to have applied the same method to defraud about 37 people from different parts of the country, especially females who have passion for designed materials.

After his arrest, Thirty Seven (37) persons have lodged complaints and reported that, the suspect defrauded them the sum of One Million and Fourteen Thousand Naira (N1,014,000.00).