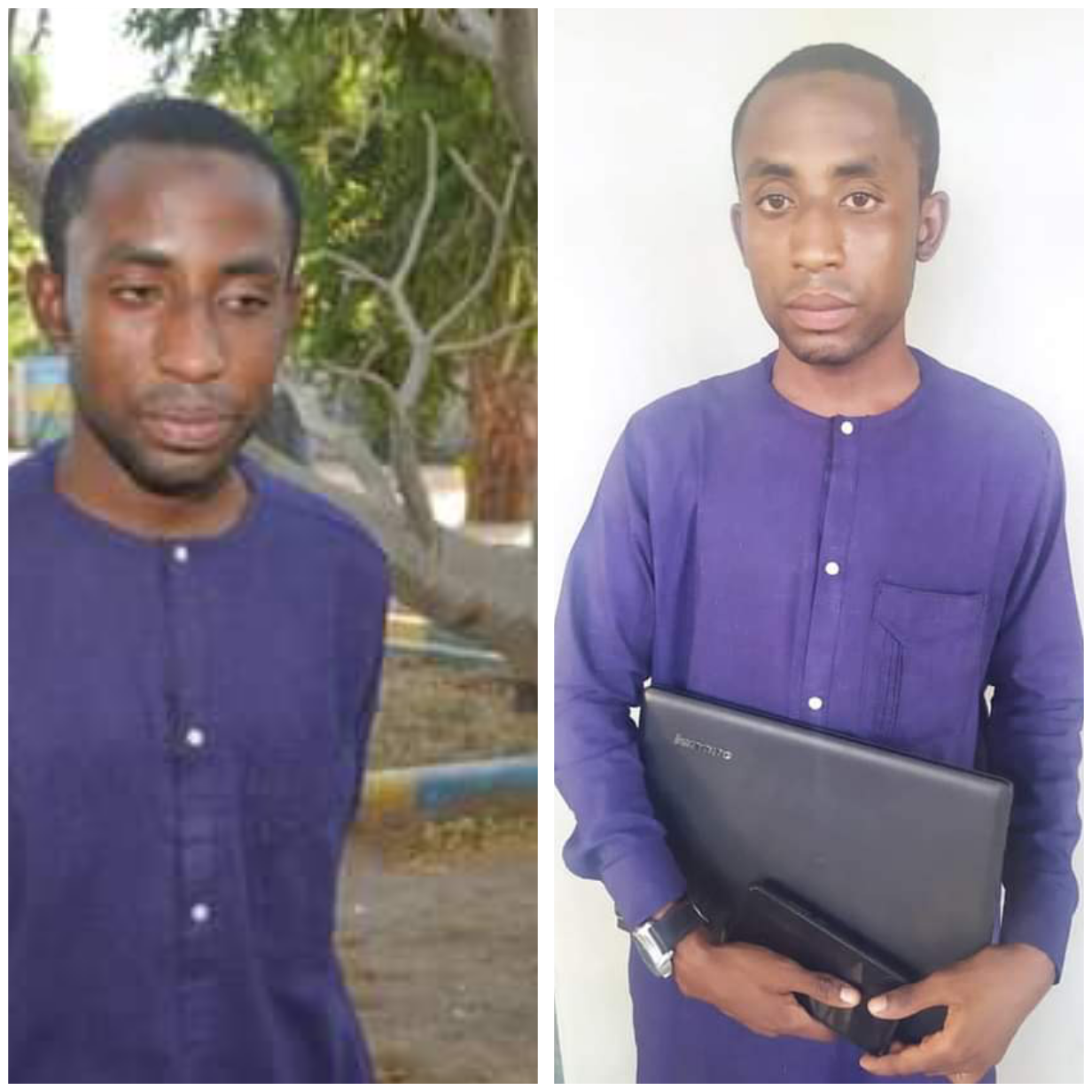 The Kano State Police Command has arrested a suspected notorious fraudster, Aliyu Hussaini, who sent rags and tattered mosquito nets to a customer after she ordered 14 textile materials worth N100,000 online.

Spokesperson of the command, DSP Abdullahi Haruna Kiyawa, who disclosed this in a statement on Monday, said 37 other persons have lodged complaints against the suspect for defrauding them in guise of selling fabrics.

“On the 09/11/2021 at about 0900hrs, a report was received from a woman, ‘f’, of Yelwa Shandam, Plateau State, that one Facebook user with account name “Aliyu Hussaini Salisu”, ‘m’, displayed Textile materials such Lace, “Shadda”, etc and advertise in his Facebook page for sale,” the PPRO stated.

“She ordered for fourteen (14) different textile materials at One Hundred Thousand Naira (N100,000:00) and sent the money through Unguwa Uku Motor Park Kano. But, instead of sending the materials, he packaged rag and tattered Mosquito Nets and sent to her

“Upon receiving the report, the Commissioner of Police, Kano State Command, CP Sama’ila Shu’aibu Dikko, fsi, raised and instructed a team of detectives led by DSP Mutari Jibrin Dawanau to arrest the culprit.

The suspect was caught in possession of a Laptop Computer and a Mobile Phone while trying to defraud another suspecting victim.

During interrogation, the suspect revealed he specialized in using Whatsapp and Facebook to advertise Textile Materials, collect people’s money and then either block their social media accounts/phone numbers or send tattered rags to them.

He also confessed to have applied the same method to defraud about 37 people from different parts of the country, especially females that have passion for designed materials.

“After his arrest, Thirty Seven (37) persons have lodged complaints and reported that the suspect defrauded them the sum of One Million and Fourteen Thousand Naira (N1,014,000.00). The suspect have today, 22/11/2021 charged to Senior Chief Magistrate Court, No. 26 Ungogo Kano for prosecution.” he added.

Some of the textle materials

Children among at least 45 dead in Bulgaria bus fire

‘You’re next” – Lady who visited brutalized EndSARS protester in hospital shares life-threatening note she found on her car.