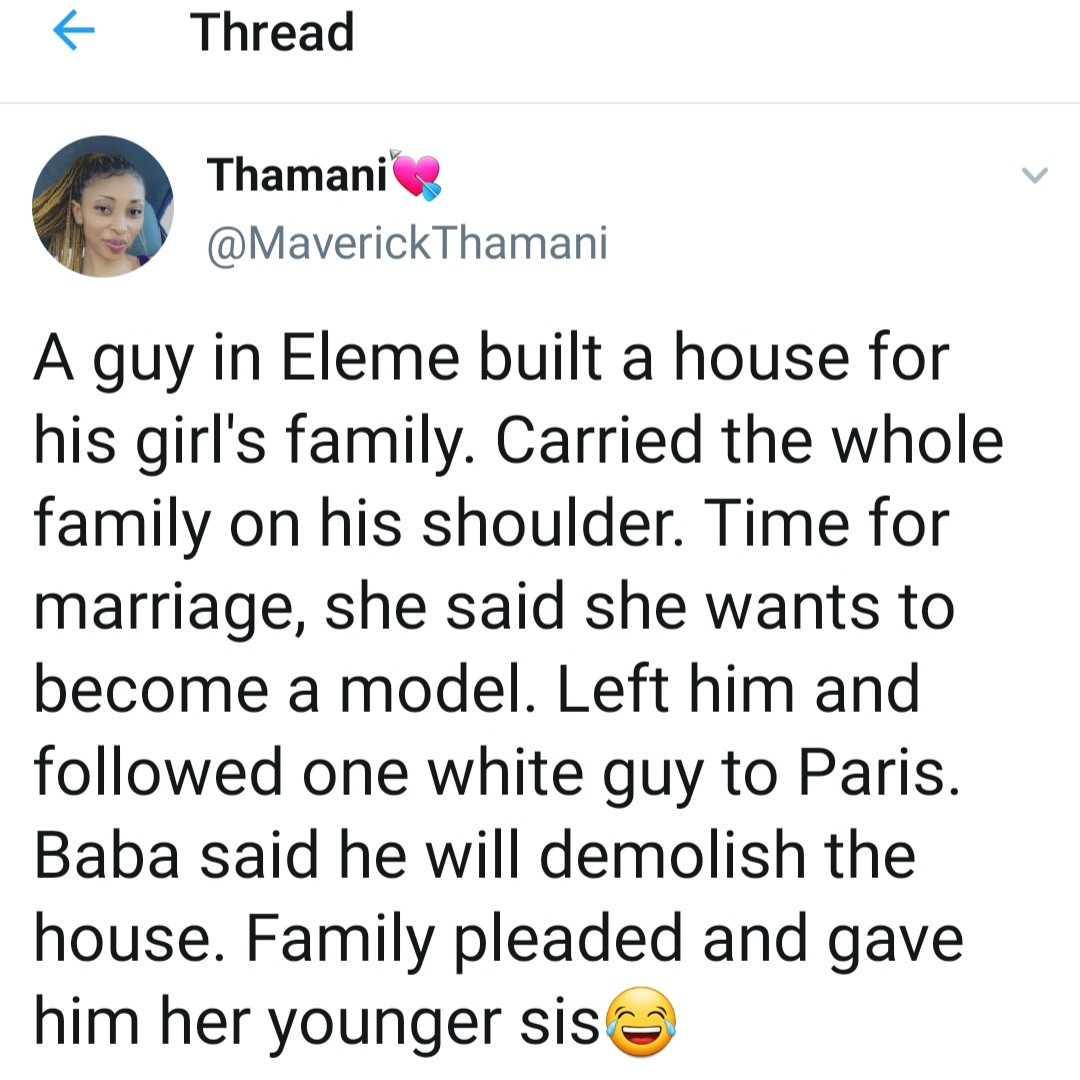 A woman has revealed how a family in Eleme, Rivers state, paid back a man who had helped the family financially while hoping to marry their daughter.

The man is said to have built a house for the family of his love interest. He also sorted out most of the family’s problems.

However, when it was time to marry the girl, she decided she wants to be a model and moved abroad with a white man.

The man threatened to demolish the house built for the family, so, to appease him, the man was given the girl’s younger sister to marry.

See the tweets telling the story below.

Man Utd in talks with Valverde to replace Solskjaer