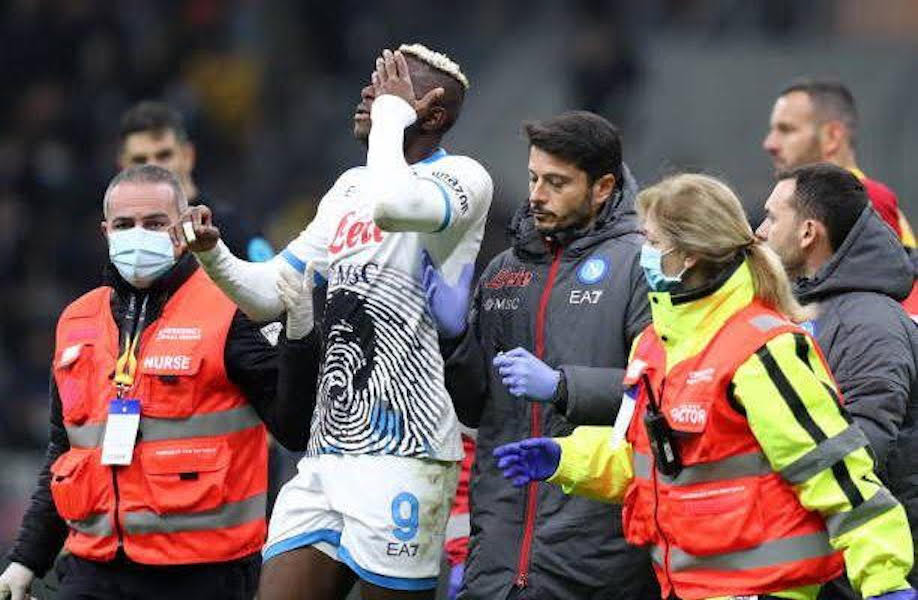 The Italian surgeon who operated on Victor Osimhen’s facial injuries has insisted that the striker won’t be available for the African Cup of Nations (AFCON) holding in Cameroon in January.

Osimhen, 22, sustained fractures to his cheekbone and eye socket during Sunday’s 3-2 defeat by Inter Milan after clashing heads with defender Milan Skriniar.

Gianpaolo Tartaro, a plastic, and aesthetic surgeon led the team of specialists who successfully operated on Osimhen on Monday.

Tartaro revealed it would be difficult for the Super Eagles star to participate in the tournament as he would not train for at least two months.

“A real training, with contact, (Osimhen) will not be able to do it for eight to nine weeks,” Tartaro told Corriere dello Sport, as per TuttoNapoli.

“It is impossible to think that he will go to the African Cup: his body and his face came out distorted by the impact.”

Osimhen is Napoli’s leading goal scorer this season with nine goals in 13 appearances in the Italian Serie A and Europa League combined.

Winners are Emerging in the #InfinixTUFRapChallenge!