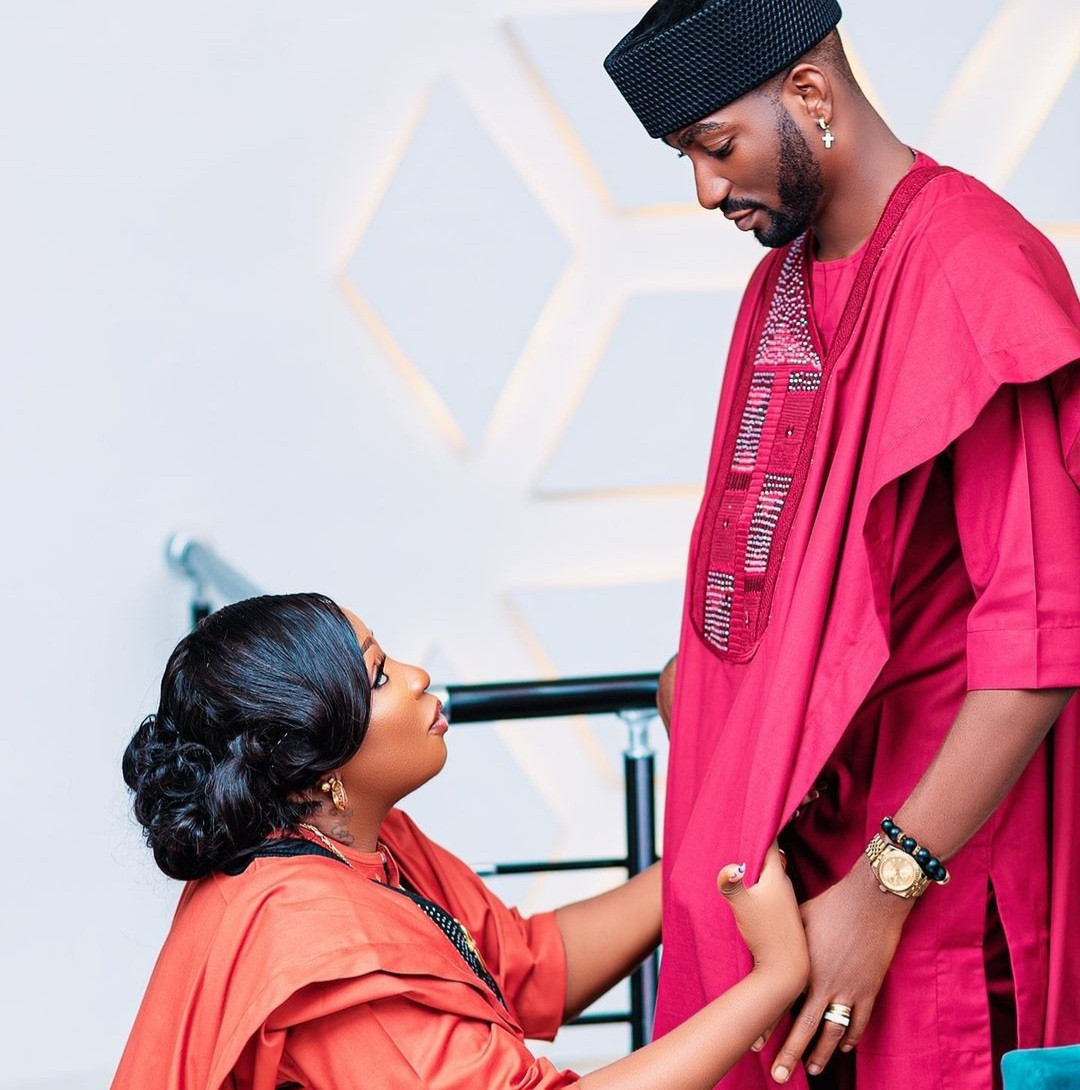 After being accused of humiliating her husband by sharing a video of him kneeling in public to massage her feet, Anita Joseph has shared photos of her kneeling to adjust her husband, Michael Olagunju’s Agbada.

“My husband is King,” the actress captioned the photos.

She also told women not to expect anything from their men if they don’t treat their men as Kings.

Recall that days ago, Anita was accused of making her husband appear weak by constantly sharing photos and videos where he’s doing things for her. They asked why she never shares photos where she’s the one serving him.

Her new photos comes 3 days after she received backlash.

OAP, Moet Abebe laments the struggles of getting an apartment as a single lady in Lagos

Explosion leaves up to 75 coal miners trapped underground in Russia