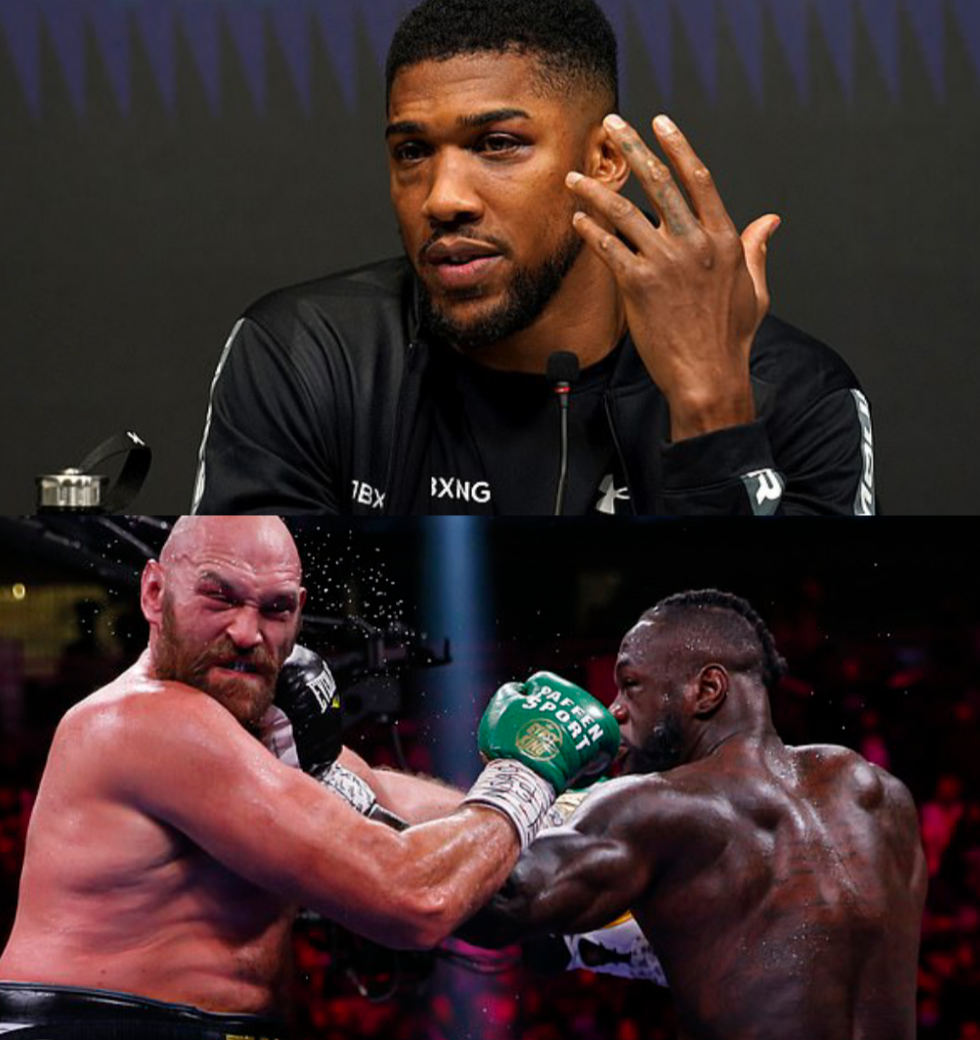 Former Heavyweight boxing champion, Deontay Wilder was ”doomed from the beginning of his heavyweight trilogy fight with Tyson Fury and lacked the intelligence to carry out his game plan,” former heavyweight champion, Anthony Joshua has said.

Wilder vowed to change his tactics ahead of his third fight with Fury in October and impressed early on by landing several heavy jabs to the Fury’s body in an attempt to weaken Fury, who was taller and bigger.

However, as time progressed Fury the undefeated heavyweight king, employed his own tactics and Wilder quickly fatigued before he was knocked out cold by Fury in a vicious 11th-round knockout.

Joshua – who himself lost his WBA, WBO, IBF and IBO belts to former cruiserweight Oleksandr Usyk – in a boxing masterclass by the Ukrainian, now says that Wilder lacks the fighting intelligence to carry out a technical plan against Fury.

‘He tried, but to get that power and that ferociousness, you have to have it up here [points to his head],’ Anthony Joshha said at the JD Sports round table.

‘Before you have it just here [clenches fists] at that level, you have to have it here [points to his head] as well.’

Boxing icon, Wladimir Klitschko ruled the heavyweight division for years with an effective jab followed by a straight right hand knockout punch, but Joshua believes you need more than a jab to conquer the current set of heavyweights.

‘I met the guy who makes gloves the other day, and he said that they never used to have to make special gloves. But now heavyweights are 17 to 19 stone and six-foot ten. The whole division is changed in the last, like, five years.

‘And before, fighters could jab like that for 12 rounds and get away with it. They’d get a bit tired, but they were conditioned because they were lighter.

‘But now, when you’ve got big guys [who are] six-foot seven, they get tired.’

Joshua who is still angry at his September loss to Usyk, when he tried to outbox the technically superior USyk has now vowed to adopt the same style that saw him defeat Klitschko back in 2017 .km

He said: ‘I’m gonna bring that energy back. But I’m not gonna go into my training and all that.’

U.S. to require vaccines for all border crossers from January 2022