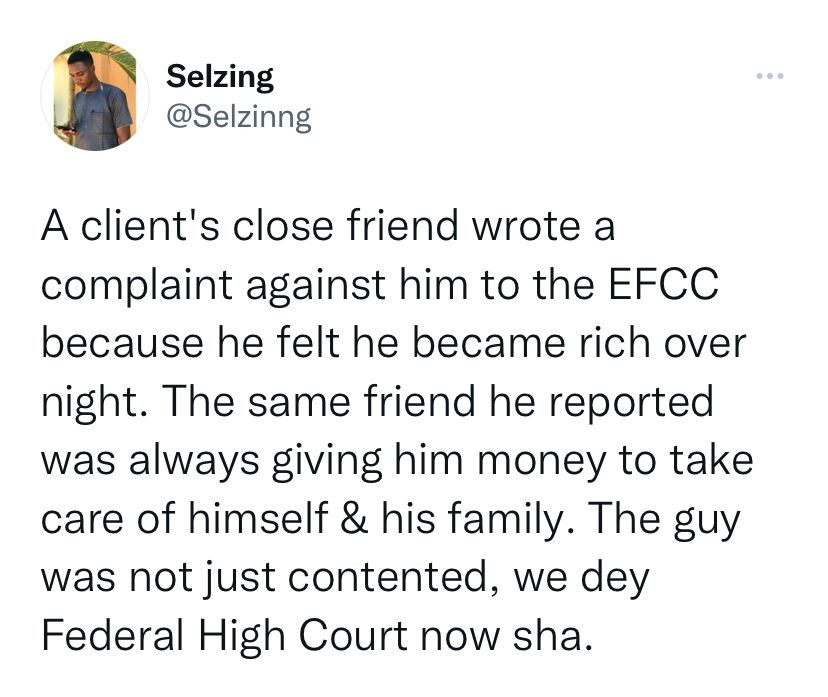 Man reports his benefactor to EFCC after he ‘became rich overnight’

A Twitter user has shared the story of how a man is currently being investigated and charged to court by the EFCC after one of his friends whom he gives money to, reported him to the antigraft agency.

According to the Twitter user, the complainant reported his friend because he felt the man became rich overnight.

16-year-old girl who accused her father of raping her in Port Harcourt makes u-turn at police station, says ‘she was influenced by evil sprit’