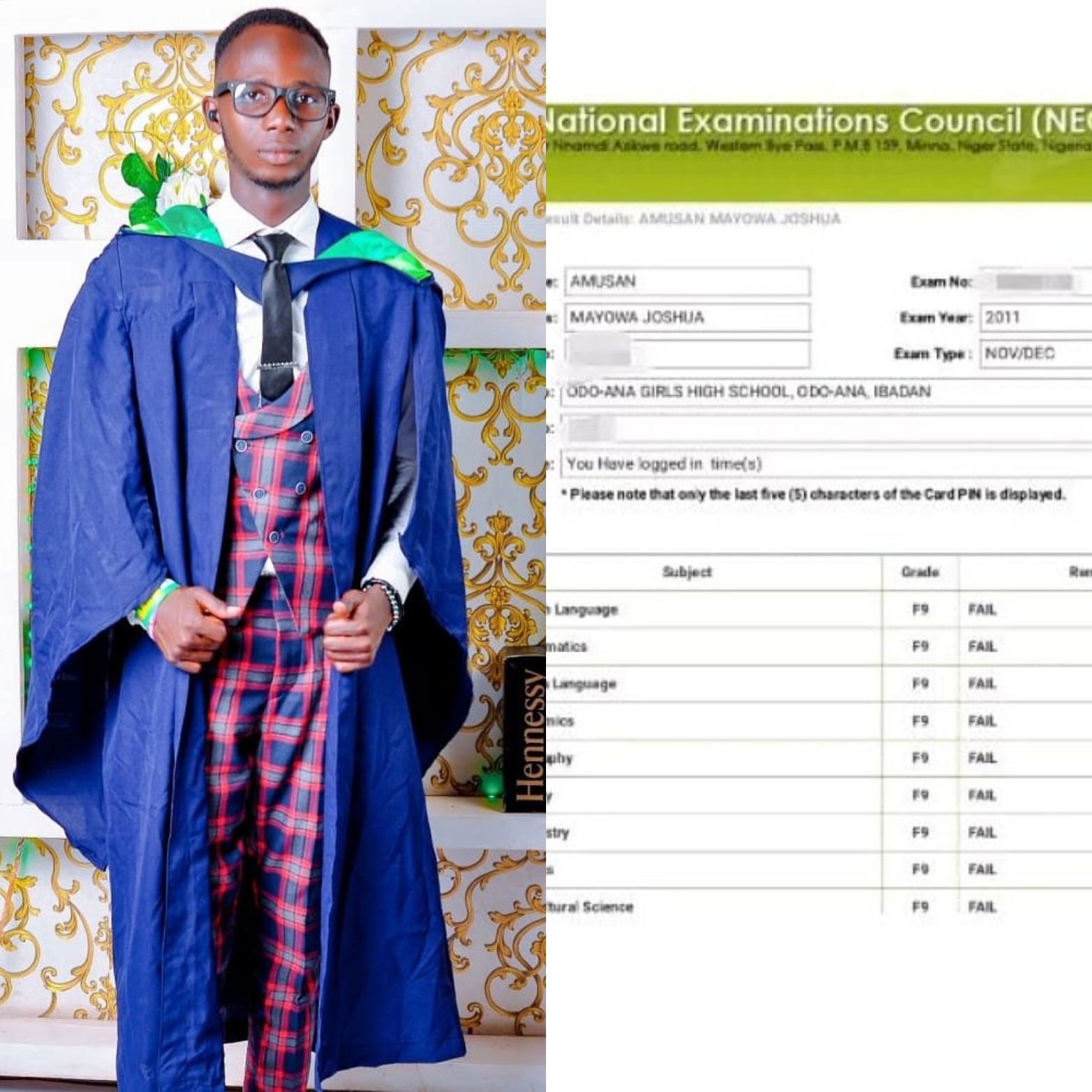 A recent graduate of Univeristy of Ibadan has advised people not to give up by sharing his story.

Mayowa Joshua Amusan revealed that he had straight F9 in his NECO exam. He shared his result sheet as proof.

He added that he had to resit for WAEC 3 times before he finally had a result that got him admission into the Polytechnic of Ibadan.

He later got admission into University of Ibadan and has now graduated with a first class degree.

He also emerged best in his department.

These new generation kids are softer. Avoid name calling and beating the ‘devil’ out of them like our parents did – Iheoma Nnadi tells parents