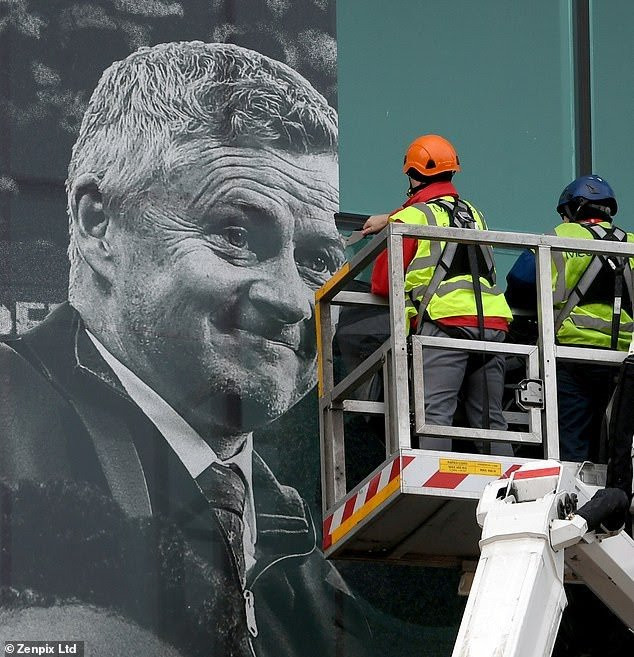 Manchester United signalled the start of a new era in the club’s history by tearing down a giant mural of former manager Ole Gunnar Solskjaer.

Three workmen were spotted removing the image of the 48-year-old club legend from the Sir Matt Busby stand at Old Trafford stadium.

United sacked Solskjaer after last weekend’s humiliating 4-1 defeat by Watford, with Michael Carrick installed as caretaker boss until an interim is found.

Carrick won his first match in charge of the Red Devils against Villarreal on Tuesday night to seal the club’s progression to the knockout stages of the Champions League.

The move comes as club executives began the process of appointing an interim boss to succeed Solksjaer.