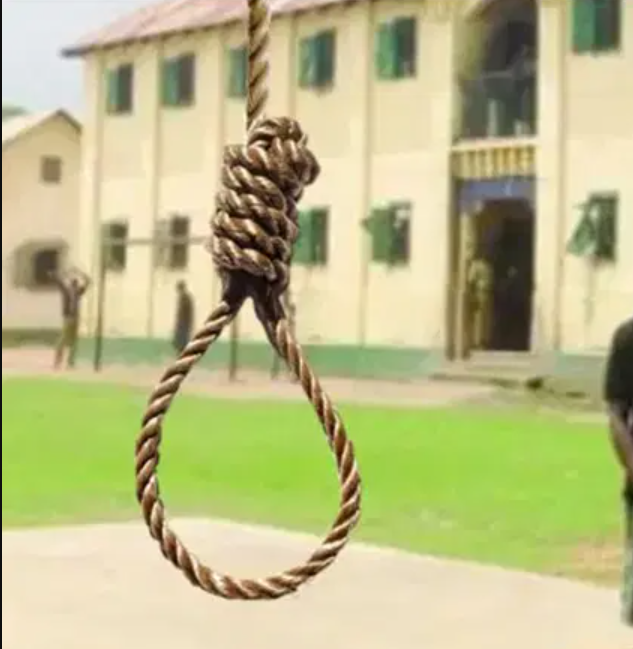 The High Court presided over by Justice Okon Okon has sentenced two men, Joseph Etim and Christopher Macaulay, to death by hanging for killing their uncle, Imo Edet, over landed property.

The third accused person, Imeobong Edet, who reportedly sent them to commit the crime, died in detention, and his name was struck out of the case.

Etim and Macaulay, who hailed from Akpautong and Obio Aduang, respectively, both in the Ibesikpo Asutan Local Government Area of the state, were sentenced on Wednesday.

Delivering judgement in the case, Justice Okon said the court found the accused persons guilty of murder, punishable by death under Section 326 (1) of the Criminal Code, Cap. 38, Vol. 2, Laws of Akwa Ibom State, 2000.

He said the convicts confessed that an elder brother of the deceased contracted them to kill him for refusing to give him (Imeobong) their late father’s landed property.

The convicts said Imeobong promised them part of the property should they kill his brother, a deal they successfully carried out on November 19, 2016.

The court held that there was “admissible evidence that the victim died instantaneously following an attack by the accused, who inflicted machete cuts on his head and slit his throat with a knife.”

Justice Okon, who described the killing as gory and gruesome, said the act was “deliberate and intentional.”

He noted that the evidence of the prosecution, including the statement by the wife and son of the deceased and the confession of the accused persons, satisfied the essential elements of murder.

The judge said an accused person could be convicted solely on the basis of his confessional statement proven by the satisfaction of the court.

“The sentence of this court upon you, Joseph Usen Etim and Christopher Sunday Macaulay, is that each of you, be hanged by the neck until you be dead. May God have mercy on your souls,” Justice Okon added.