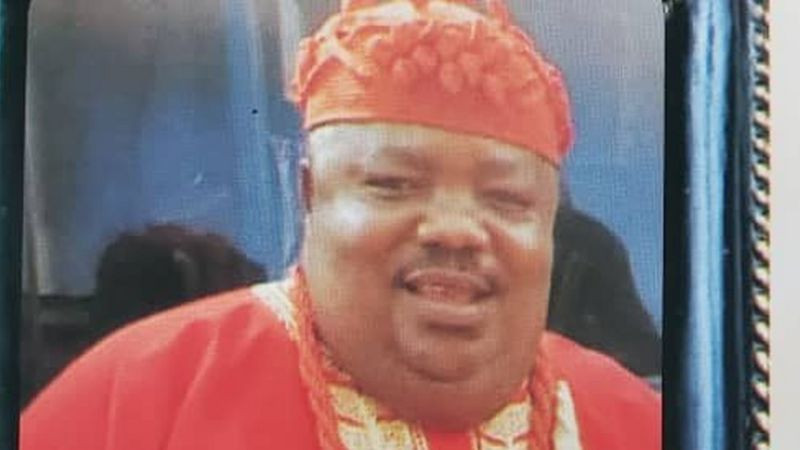 The Eze Ndigbo of Ifon in Ose Local Government Area of Ondo State, Chief Donatus Okereke, has regained his freedom after spending five days in captivity.

Okereke, a popular businessman in Ifon was abducted on Monday,November 22, by some gunmen who dragged him into the forest along Elegbeka.

Narrating his ordeal after he was released on Thursday night, Okeke said that his abductors are ‘purely Fulanis’

“It was on Monday, around 8:30 am after morning mass. Then, I prepared to embark on a journey to Owo, getting to elegbeka junction. I started hearing gunshots, I had no option than to stop, because, the bullet was too much,” he narrated.

“One of them was wearing an Army uniform. They then dragged me to a bush and threaten to kill me if I fail to keep quiet and cooperate with them.

“We spent 8 hours in the bush, close to where I was abducted. We later trekked the whole night. The following day, we did the same thing. We actually trekked for three nights.

“I was released on Thursday night around 11 pm after payment of ransom. At first, they demanded N100m for my release but after much negotiation, they insisted on the ransom of N20m, threatening me that if I didn’t pay them, they will kill me.

“As you can see, I have not settled down, so my wife has not told me if they later reduced the ransom. My abductors are purely Fulanis,” Okereke added.

After leaving the club, she tripped, fell, and lost consciousness