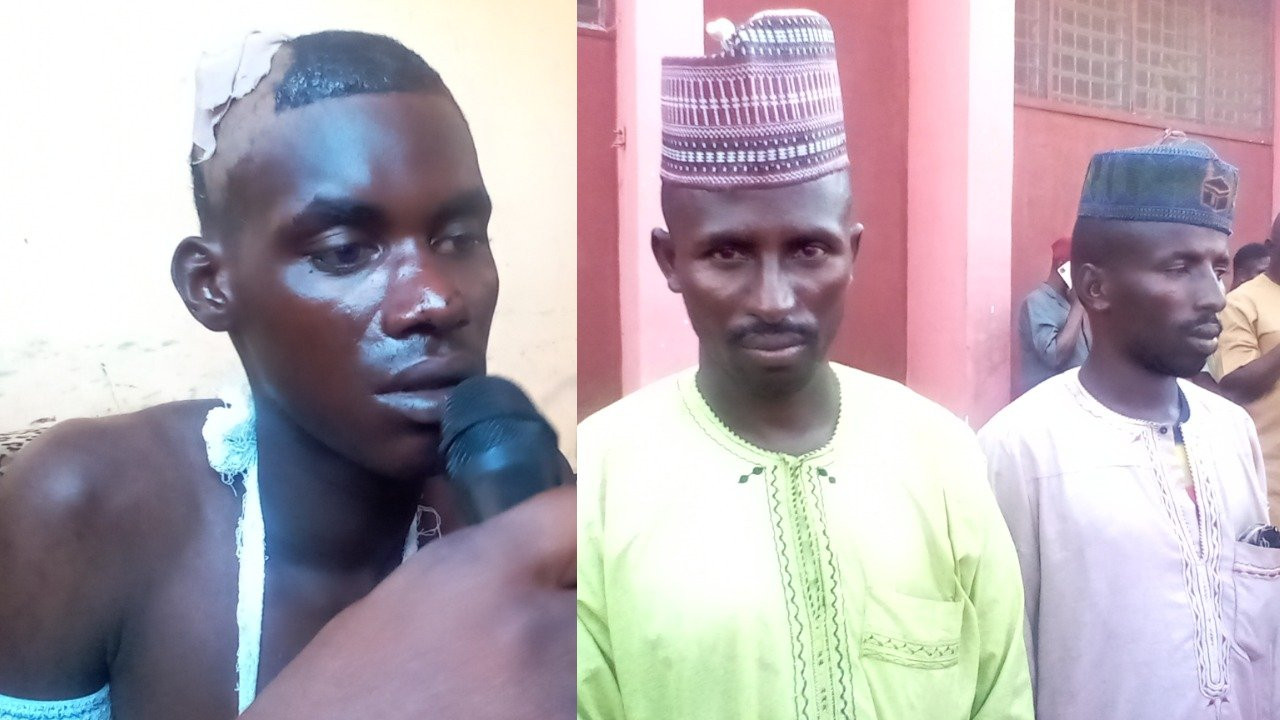 Men of the Ondo State Security Network, Amotekun Corps, have rescued two Fulani herdsmen who were abducted by their fellow herdsmen.

It was gathered that the victims were abducted by a gang of herdsmen in Supare Akoko, in the Akoko South-West Local Government Area of the state few days ago.

The Commander of the corps in the state, Chief Adetunji Adeleye, who confirmed the development, identified the victims as Musa Ibrahim and Amidu Ibrahim, both brothers from same parents.

According to Adeleye, the victims were tied to a tree and about to be slaughtered by the hoodlums when his men arrived at the scene.

The Amotekun boss said when the operatives stormed the scene, the hoodlums numbering about seven, fled, leaving behind one of the identified as Sidi Amodu, who was sleeping at the time.

“This is a case of herdsmen being kidnapped by fellow Fulani men. The two victims rescued by the Amotekun Corps are Musa Ibrahim and Amidu Ibrahim; they are siblings and they are herdsmen,” Adeleye stated.

“They were kidnapped in Supare Akoko and valuables were taken from them after the kidnap operation. They were tied and about to be slaughtered by fellow Fulani men before our men got wind of it. We penetrated the forest where they were hiding and we were able to apprehend one of the criminals.

“He confessed to the crime and said the gang was a group of seven and that they migrated into the state from Benin and Kogi states. He said the last kidnap they did involved eight people. He said they all scattered when the Amotekun men came, in order not to be arrested.” he added.

The suspected kidnapper, Amodu claimed he came from Kogi for the purpose of the kidnap and that they hired cows as cover-up because they were not the real owners of the cows.

“He said they operated in some bad portions of the roads in Ajowa Akoko, Akunnu and Supare areas of the state.”

The suspect said the gang moved with hired cows from Okenne, Kogi State, to Ondo State to perpetrate crimes while disguised as herdsmen.

He also confessed that they robbed at some bad spots in Akunnu Akoko, Supare Akoko and Ajowa Akoko, but the two brothers were kidnapped for the purpose of ransom.

Narrating their ordeal, the victims said they were beaten and tortured by the hoodlums.

“They tortured us and told us to call our relatives to bring ransom to release us or they would kill us. They beat us and were about to kill us when the Amotekun men arrived in the forest.”

If you keep breaking the heart of your wife by your behaviors and attitude, your prayers may be hindered