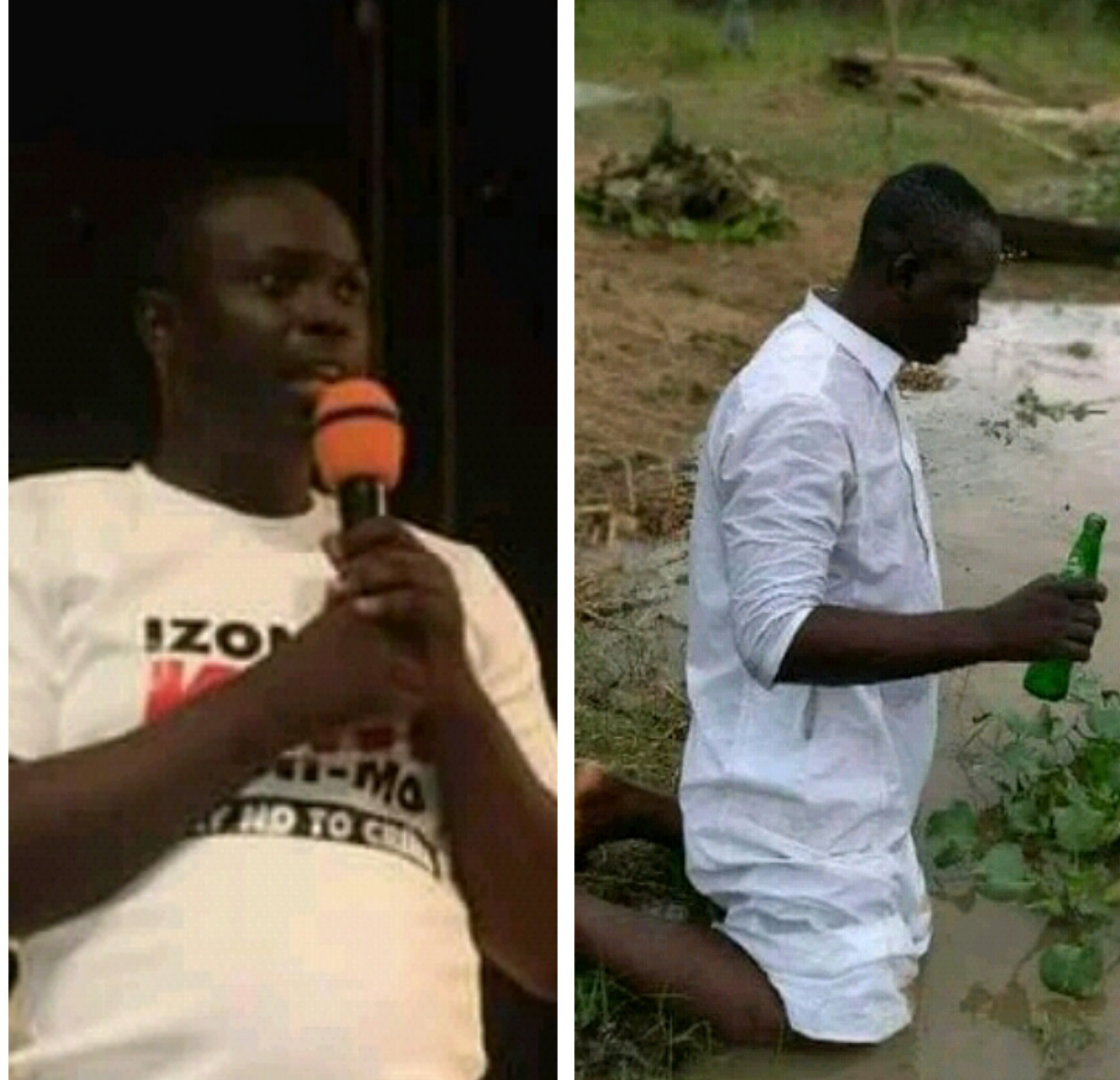 A media aide to Bayelsa State Governor, Bodmas Kemepadei, has reafirmed his denunciation of Christianity and acceptance of ”Egbesu worship.”

Recall that the controversial writer had publicly denounced Christianity last year, after, according to him, “he realized that he was duped by foreign myths plagiarized and remodelled from my people’s customs and practices”

Taking to Facebook on Thursday, November 25, he challenged his friends to also publicly announce their faith.

”I REAFFIRM MY FAITH IN WOYIN – THE MOTHER OF ALL CREATIONS.

I have denounced my Christian faith in the past but I am happy to do it again. My name is BODMAS PRINCE KEMEPADEI, I was a joyful Christian and a believer in Jesus Christ, but I woke up from my sleep, and realized that I have been duped by foreign myths plagiarized and remodelled from my people’s customs and practices.

I discovered that the foreign myths sold to me as Yahweh, Jehovah, Mary and Jesus, is actually the story of Ijaw spiritual tradition of Woyin, Egbesu, Agadagba and her arch divinities, who was and remains the supreme creatress of all life. I believe this Ijaw story was stolen and later remodelled as Christianity and forced down on our people to accept, after demonization of their beliefs.

I believe that in a bid to colonise us, our practices were demonized, our father’s were forced to accept Christianity while they exported our sacred totems overseas.

I believe that God will not judge us not according to our beliefs but by our deeds. I believe that the Ijaw principle as contained in the worship of Egbesu is an ideal way for the spiritual liberation of humanity and peaceful coexistence of all.

I believe that salvation exists in the exaltation of good character. I believe that that all humans are only Messengers in this realm and will return back after their assignments.

I believe in a Creatress who has incarnated to fulfil a divine purpose. I believe in Destiny and that we are manifestations of our earlier spiritual decisions.

I believe that the true worship of God is in our right conducts and not in our religious association and buildings.

I believe that when the Supreme Creatress incarnated and manifested on Earth, other Celestial beings were in accompany and they are what we referred to as Orus (Angels).

I believe that these Orus are sometimes reincarnated as humans, they are the prophets, priests and other divine Messengers.

I believe there is a life before this life and a life after this life. I believe that the first natural habitat were the waters and that water is sacred and a source to all life.

I believe that all men must purify themselves with water as a form of remission of sins. I believe absolutely in the power of the Divine mother and of the divine feminine Woyin, Tamara!!

I believe that all the EGBESU’s are manifestations of WOYIN. I believe that it is by propitiation and atonement that the world is made.

This is the best challenge you will ever see on Facebook. So if you love Ìs??se and African spirituality and you’re not ashamed, just copy and replace my name with yours and make this your status update edit as appropriate.

I challenge my friends listed here to also publicly announce their faith and each to challenge other five people.

2023: There will be no elections in Nigeria – Apostle Okikijesu