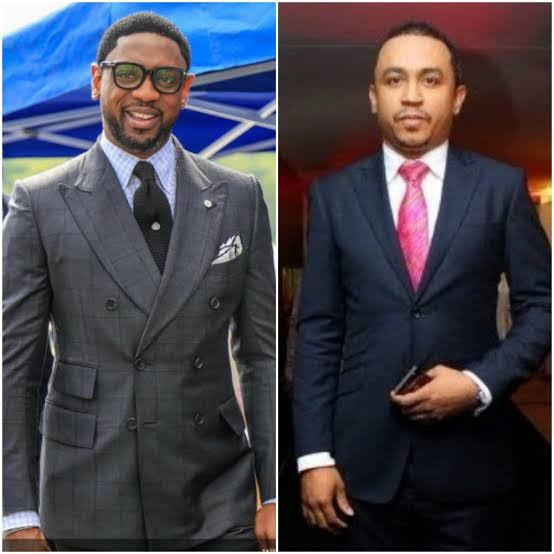 Daddy Freeze has responded to COZA pastor, Biodun Fatoyinbo, after he slammed those who criticize payment of tithes.

Fatoyinbo, while preaching to his members to keep paying tithe, said that most critics of tithe payment use Elon Musk, an atheist, as an example that you can still succeed despite not paying tithe.

Fatoyinbo told his members that Elon Musk has “a covenant with some other person” and added that Christians who have a covenant with God should keep paying tithes.

He then said that those who condemn tithe payment are “nonentities”.

Responding on behalf of “the community of nonentities”, media personality Daddy Freeze, who speaks against the payment of tithe, invited Fatoyinbo to a debate on tithe payment.