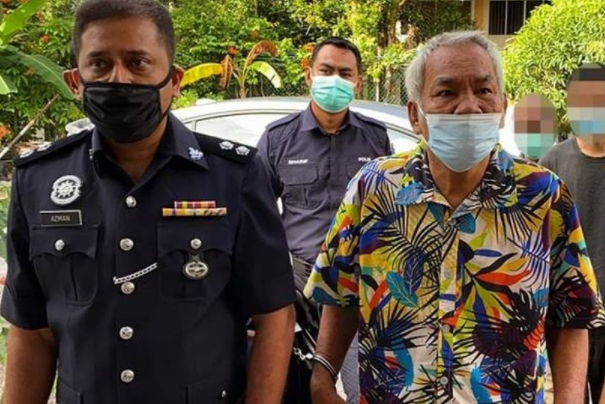 An elderly man has been accused of having “unnatural” sex with a goat.

60-year-old widower Shaari Hasan, from near Rawang in Malaysia, allegedly committed the act on July 27, 2021.

According to local media reports, he was caught in the act when the goat’s owner, a 45-year-old woman, heard the animal making strange sounds from the back of her house.

Police say that she then rushed towards the female goat to find a half-naked man standing next to it.

After noticing the woman he ran away.

The owner was devastated to find her goat dead after the incident.

Hassan has been charged to court. Under Section 377 of Malaysia’s Penal Code, he is facing up to 20 years in prison as well as either a hefty fine or brutal whipping.

At court yesterday, Nov. 25, Hasan eventually pleaded not guilty, having initially pleaded guilty when the charge was read out.

The turnaround occurred after judge Nurul Mardhiah Mohammed Redza presented a t-shirt and trousers to the court, allegedly taken from Hasan during the arrest.

The judge asked the accused: “Do the shirt and trousers belong to you?”

The judge then explained that Hasan’s initial guilty plea could not be accepted if he did not concede that the clothes were his.

Consequently, the charge was read out once more and the elderly man pleaded not guilty.

The court sided with the prosecutor and no bail was offered to the accused.

Hasan will return to court for mention on December 24.