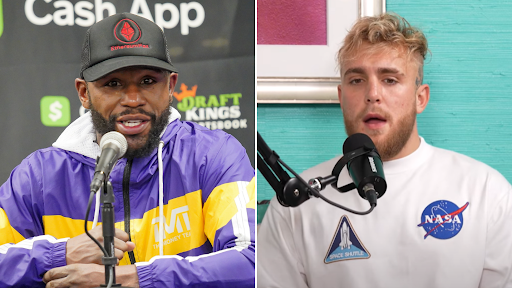 Paul and Mayweather were involved in a heated confrontation at a pre-fight press conference for the former world champion’s exhibition bout with his brother Logan Paul in June.

Mayweather had his hat stolen by Paul, who said “got ya hat” as he ran off, with a brawl ensuing backstage at the event afterward.

Paul then went on to mock Mayweather on social media, selling merchandise with the “got ya hat” phrase emblazoned upon it, and even got the phrase tattooed on his calf afterward.

Mayweather was incensed by Paul, with the 24-year-old now claiming that the retired boxer wanted to “kill” him due to the stunt.

Speaking on the FULL SEND podcast in September, Paul said: “He was trying to get me killed behind the scenes, for sure.

“He was calling, like, ‘the gangsters,’ because we were in Miami at the time. He was, like, calling the ‘street people,’ ’cause my security is tapped into the street people.

“They were like, ‘Yo, you guys gotta be f**king careful. He’s trying to do something.

No winner was declared when Mayweather fought his older brother in Miami in June, with the eight-round bout rounding off a card that also included Badou Jack.

I never said donate money to me, I said ‘if you’re my friend give me money’