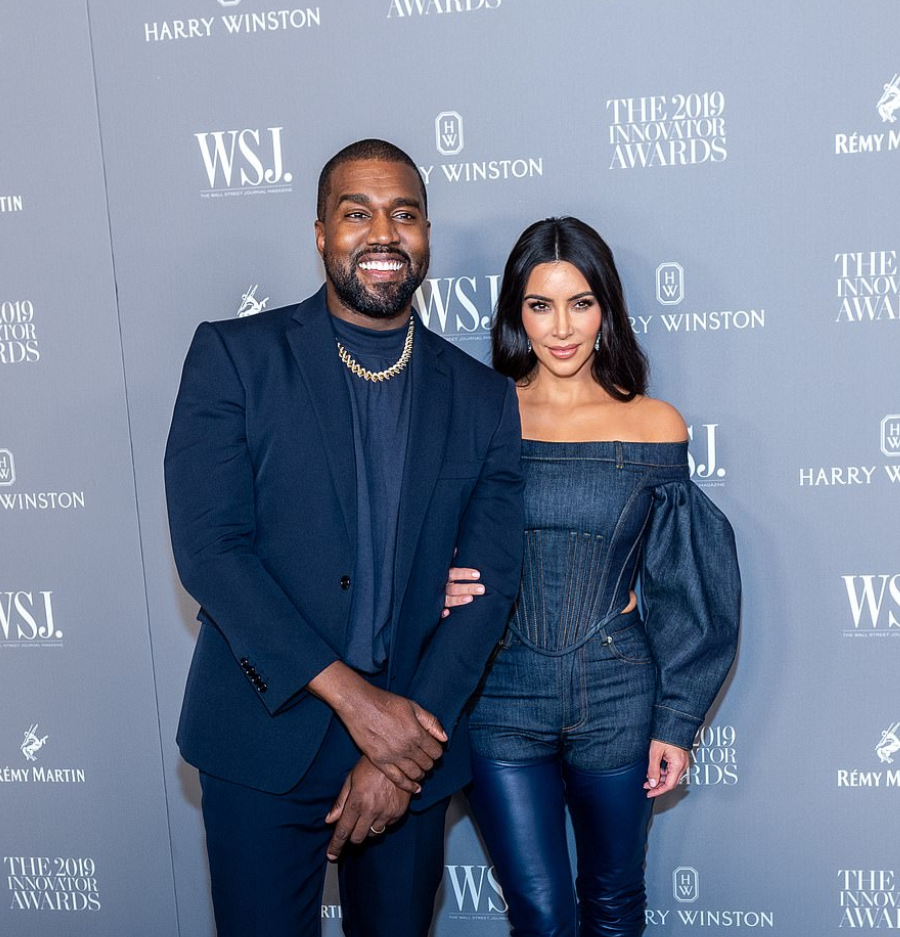 Kanye West confesses to being self righteous, being an alcoholic; says he embarrassed wife Kim Kardashian with his failed Presidential bid (video)

Billionaire rapper and businessman, Kanye West has says his estranged wife, Kim Kardashian ‘didn’t like’ when he wore the Donald Trump affiliated ‘MAGA’ cap and that he had ’embarrassed’ her with his failed presidential bid in 2020.

In a ‘Thanksgiving prayer’ shared on his Instagram page, the rapper, 44, said that Kardashian, 41, was particularly angered by his South Carolina campaign event where he claimed they both considered aborting their now eight-year-old daughter North. He also talked about being self righteous after accepting Jesus Christ and battling alcoholism but that he is willing to make things right.

‘Let’s go with politics here. Good Lord, my wife did not like me wearing the red hat. Being a good wife, [Kim] wanted to protect me and our family,’ said West.

West continued: ‘I made me and our family a target by not aligning with Hollywood’s political stance and that was hard for our marriage.

‘Then I ran for president without proper preparation and no allies on either side.

‘I embarrassed my wife in the way that I presented information about our family during the one and only, thank God, press conference,’ he said.

‘All my dad had to say afterwards was, ”write your speech next time son.”

Kanye famously wore the ‘Make American Great Again’ cap, and had been an open supporter of Donald Trump, who adopted the slogan for his 2016 Presidential campaign and even visited the White House in 2018.

The slogan became a hugely divisive phrase in the US, used by Trump on his way to the White House in 2016.

Some Americans have linked the hat to racially-charged tensions.

On July 4 2020, he announced that he no longer supported Trump as he launched his own presidential bid. ‘I am taking the red hat off, with this interview,’ he told Forbes

Continuing on with his prayer, West appeared to address the reported $14.4 million he lost during his failed Kanye 2020 campaign by admitting to his listeners that he ‘spent money like crazy.

‘It’s the craziest thing I’ve done and I’ve done a lot of crazy things,’ said the star, who then labeled himself ‘the priest of my home’ and vowed to ‘watch my own money and secure our finances’ going forward.

He described his son, Saint as ‘a mix of two of my favorite things: me and my wife’s face.’

Kanye told his listeners that ‘all I think about everyday is how I get my family back together and how I can heal the pain that I’ve caused.

‘I take accountability for my actions. The one thing that all my successes and failures have in common is me.’

He then went on to list his alcohol use, irregularly medicated manic episodes, inflated ego, short temper, and ‘self righteous’ Christian behavior as reasons for his personal downfall, as well as the destruction of his family.

West said he ‘would drink to take the stress away to knock the edge off,’ but drinking eventually ‘affected my health and the health of people around me because I already had a hair trigger temper and this just heightened it.’

Kanye then revealed that he ‘went into a manic episode in 2016 and was placed under heavy medication’ – something that has affected him till this day.

‘Since then I went on and off the medication which left me susceptible to other episodes which my wife and family and fans have had to endure.

‘My ego has a tendency to go past the threshold of being motivating and entertaining to just being overbearing. There are ways to show confidence without arrogance.

West then said he previously exhibited ‘self righteous Christian behavior’ that fueled his arrogance.

‘When I got saved it did not immediately make me a better person, it made me a self righteous Christian.

‘I was arrogant with my Jesus like I just got some Jesus at the Gucci story with a stimulus check.’

He concluded the lengthy prayer by reinforcing the need for personal ‘accountability’ and by expressing his gratitude towards Kim for their family.

The prayer by Kanye comes just one day after he professed that God would reunite him and Kim Kardashian as he admitted he’d made ‘mistakes’ in his marriage.

Do not play the Taiwan card, it is a bad card and a losing hand