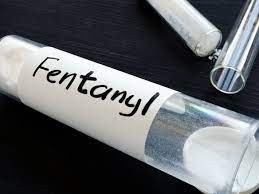 A 23-year-old Nigerian man, Olatunde James Temitope Akintonde was sentenced in federal court on Wednesday, November 24, to 15 years in prison for selling fentanyl-laced pills that caused the death of a 19-year-old man in March of 2019.

According to the U.S. Attorney ’s Office, Akintonde, who lives in El Cajon, California, previously admitted that he sent messages to’the deceased identified in court records as S.J.G. through social media on February 28, 2019, to coordinate a sale of what the victim believed to be oxycodone pills.

After the meeting, Akintonde sent additional messages to S.J.G. through social media warning that he should only take one of the pills because they were “strong.”

Akintonde further admitted that the pills he gave to S.J.G. caused his death. According to other filings in the case, S.J.G. died in his home sometime in the evening of February 28, 2019 or the early morning hours of March 1, 2019.

Special Agents from the Drug Enforcement Administration and a Task Force Officer from the San Diego Sheriff’s Department led the investigation into S.J.G.’s death and quickly identified Aktinonde as the source of the fatal pills.

Akintonde also posted photographs of himself brandishing firearms and posted songs promoting the use and distribution of pharmaceutical pills.

Akintonde described S.J.G.’s death as “the most painful feeling I have ever had to endure” and called the victim “a really good friend and I know his family doesn’t appreciate me saying that, but it’s the honest truth.”

“There is an epidemic of counterfeit fentanyl-laced pills in our community,” said Acting U.S. Attorney Randy Grossman.

“To be clear: If you are a drug dealer selling pills, and those pills result in death, you will be held accountable for that death. It is no defense to say you didn’t know the pills contained fentanyl.”

Grossman praised the prosecution team as well as the Drug Enforcement Administration’s Narcotics Task Force Team 10 and officials from the San Diego Sheriff’s Department and the San Diego County District Attorney’s Office for their excellent work on this case.

“As the number of drug overdose deaths continues to rise in San Diego County, the DEA San Diego Field Division has made investigating overdose deaths a priority,” said DEA Acting Special Agent in Charge Shelly S. Howe. “We are committed to bringing drug dealers like Olatunde James Temitope Akintonde, who poison our communities, to justice.”

The case is the result of ongoing efforts by the U.S. Attorney’s Office, the San Diego County District Attorney’s Office and the Drug Enforcement Administration to investigate and prosecute the distribution of dangerous illegal drugs—fentanyl in particular—that result in overdose deaths.

The Drug Enforcement Administration created Narcotics Task Force Team 10 as a response to the increase in overdose deaths in San Diego County. Agents from Team 10 contributed to the investigation into S.J.G.’s death.

COZA pastor, Biodun Fatoyinbo, rebukes Christians who listen to a “nonentity” who advices them not to pay tithe because Elon Musk doesn’t pay