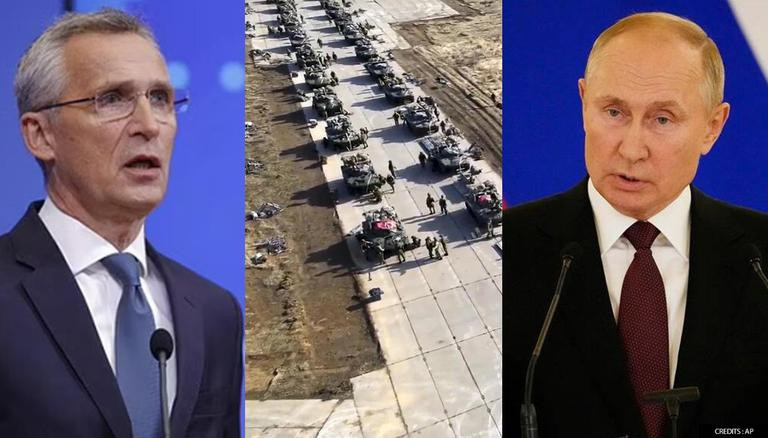 ‘The military buildup is unprovoked and unexplained’

Transatlantic military alliance, NATO has warned Russia that any attempt to invade Ukraine would have costs, as the Russian military amasses hundreds of thousands of troops near Ukraine’s borders.

Moscow denies that it’s planning any invasion and refuses to provide details about troop movements, saying their Army can move anywhere within Russian territory.

NATO Secretary-General Jens Stoltenberg has now come out to warn the Nuclear power.

“If Russia uses force against Ukraine that will have costs, that would have consequences,” Stoltenberg said.

He spoke ahead of a meeting of the 30-nation military organization’s foreign ministers in Latvia Nov. 30-Dec. 1, where Russia’s activities will be high on the agenda. He did not say what those costs would be.

“This is the second time this year that Russia has amassed a large and unusual concentration of forces in the region,” Stoltenberg told reporters. He said it includes tanks, artillery, armored units, drones and electronic warfare systems, as well as combat-ready troops.

“This military buildup is unprovoked and unexplained. It raises tensions and it risks miscalculations,” Stoltenberg said.

He conceded that “there is no certainty about the intentions of Russia” but said that “this is a military buildup by a country that has invaded Ukraine before.”

Russia annexed Ukraine’s Crimea Peninsula in 2014 after the country’s Moscow-friendly president was driven from power by mass protests. Weeks later, Russia threw its weight behind a separatist insurgency that broke out in Ukraine’s east.

I never said donate money to me, I said ‘if you’re my friend give me money’ – Davido speaks to CNN about the N200M he got from fans, friends, and colleagues (video)