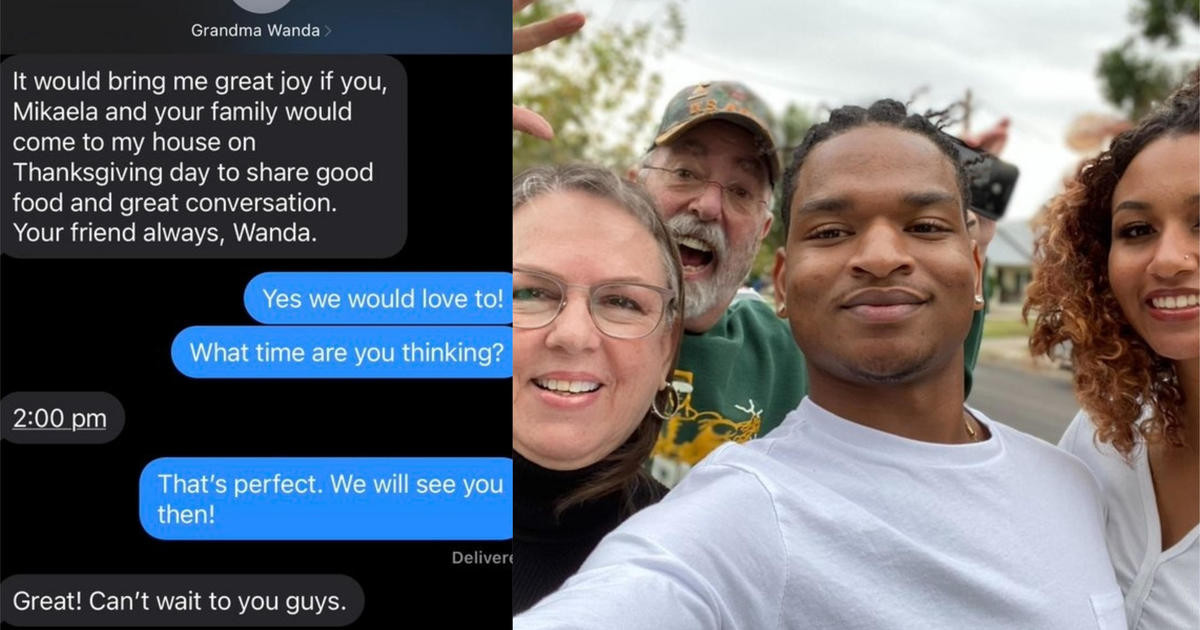 Two strangers brought together by an accidental text in 2016 will keep their Thanksgiving tradition alive for the sixth year.

The Thanksgiving ritual all started when Dench sent a text message inviting who she believed to be her grandson to Thanksgiving dinner. It turned out that she had texted Hinton, who was just 17 then.

Hinton replied, asking for a photo to confirm whether it was actually his grandmother behind the text. A picture came of a woman with blonde hair and glasses who was not his grandma. He sent a picture of himself to her, along with a laughing emoji and wrote, “You not my grandma. Can I still get a plate tho?”

Dench responded, “Of course you can,” and Hinton joined the Dench family for a Thanksgiving dinner.

The chat munch became a heartwarming viral photo after it was posted online and marked the beginning of a long-standing friendship for the two.

“It’s great being part of something so loving and having people around the world to talk to us and being touched by our story.”

Hinton had told his social media followers last week that the two would be celebrating the day together again.

As a part of the tradition, Hinton tweets a photo of himself with his “second family” enjoying Thanksgiving together every year.

Despite Dench’s husband, Lonnie Dench, dying from complications of COVID-19 in April 2020, the families have kept the tradition going.

Thursday, November 25,marked the sixth year the pair celebrated the holiday together. Hinton shared a photo on Twitter, writing “Thanksgiving 2021.”

Declaration of bandits as terrorists won’t change anything