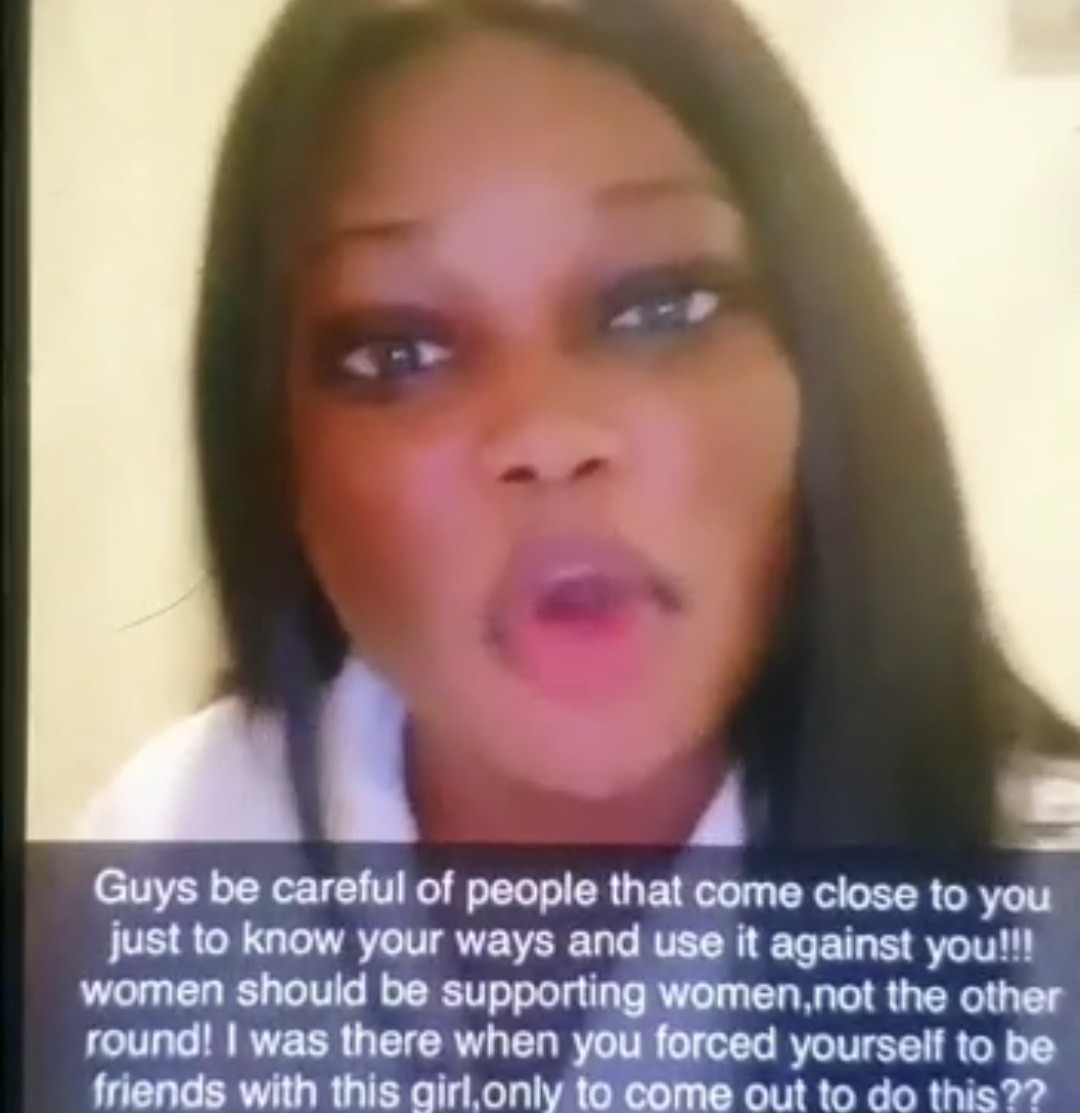 Kim, the woman who alleged that Teju Pretty squatted in her house and tried to steal her man, has been called out by the ‘real house owner’ who spoke up to defend Teju.

Kim had gone online to claim that Instagram model, Teju Pretty, squatted in her house in Dubai with no plans of leaving. She also alleged that Teju was owing the hotel where she previously stayed and she paid for it on Teju’s behalf.

She went on to share a screenshot of messages purportedly sent by Teju to beg her for money.

However, a woman named Judith Pascal has come out to claim that she’s the real owner of the house and Kim came into her house to film Teju.

She added that Kim was squatting in her house yet came online to call out Teju.

Judith asked what Teju Pretty ever did to Kim and her clique for them to spread “lies” about her.

Addressing Kim’s claim that Teju tried to steal her man’s number, Judith asked Kim to show proof of this allegation.

She added that Kim and her clique will no longer be welcome in her house and she shared a photo of herself showing her apartment security a picture of Kim so that she and her friends will no longer be allowed into the property.

Listen to Judith speak in the video below.