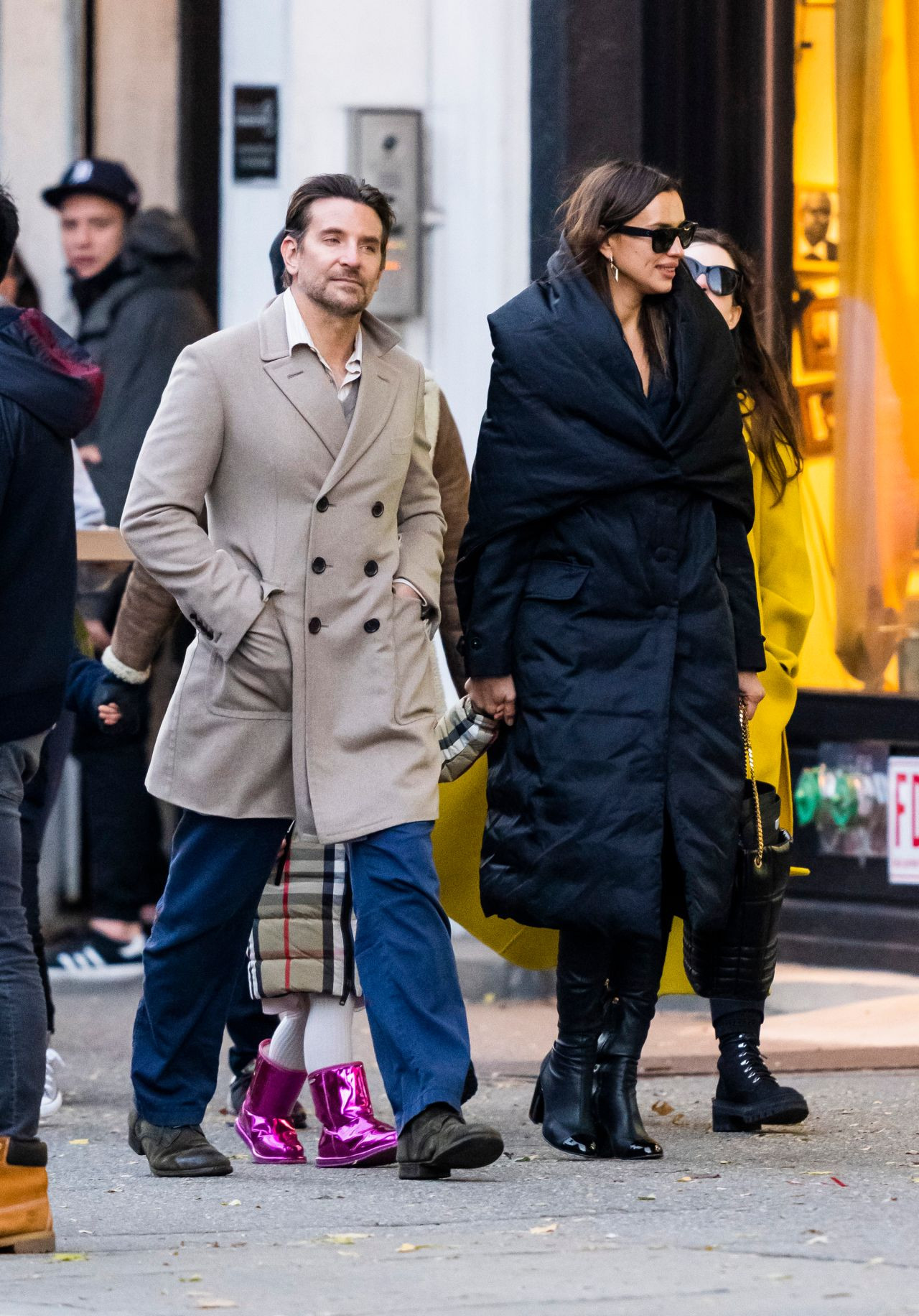 Actor, Bradley Cooper and supermodel, Irina Shayk spent Thanksgiving weekend together amid rumors that the former couple is reconciling.

According to Page Six, Shayk, 35, was seen leaving her New York apartment on Thursday November 25, and heading over to Cooper’s place in the city, where the actor, 46, was spending the holiday with their 4-year-old daughter, Lea.

The publication stated that the model did not spend the night, as she was seen returning to Cooper’s apartment the next day to pick up their child.

The trio then reunited again on Saturday for a fun family outing.

According to PageSix, Cooper arrived at Shayk’s home to pick her and their daughter in his G-Wagon and take them to the ballet. They then met up outside the venue with Anne Hathaway, her husband, Adam Schulman, and one of their sons.

In photos, Cooper and Shayk are seen dressed stylishly in winter attire as they walk with Lea in between them. In one of the shots, the exes each take hold of one of their daughter’s arms to playfully swing her.

“They looked very happy,” an eyewitness told PageSix. “Everybody was smiling and giggling.”

Cooper and Shayk began sparking romance rumors again earlier this month when they were seen walking together arm-in-arm in New York.

The last time Shayk was rumored to be dating someone was in June when she was spotted with Kanye West in France. However, the alleged fling was over less than a month later.