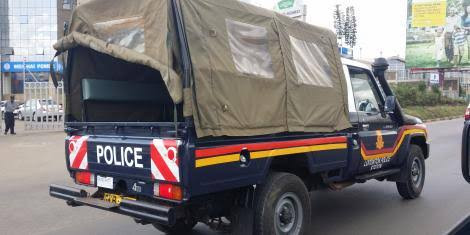 A female terror suspect who confessed to undergoing a two-year training on weapon handling by Al Shabaab terrorist group in Somalia, has been arrested by Kenyan police.

Local News Platforms reported that 22-year-old Vugusta Kamalambu claimed she was kidnapped in 2019 in Kilifi County and taken to Somalia for training.

Sheril, a resident of Chavakali, Igunga village, was arrested while cohabiting with one Laban Kimutai. She is being held at Kapsabet Police Station.

“The suspect alleged to have escaped through Lamu/Mombasa and headed to her home county of Vihiga where she allegedly stayed until August, 2021 and later to Kamalambu to date.

“Information received is that she has been attending recent KDF recruiting centres. Motive yet to be established.”