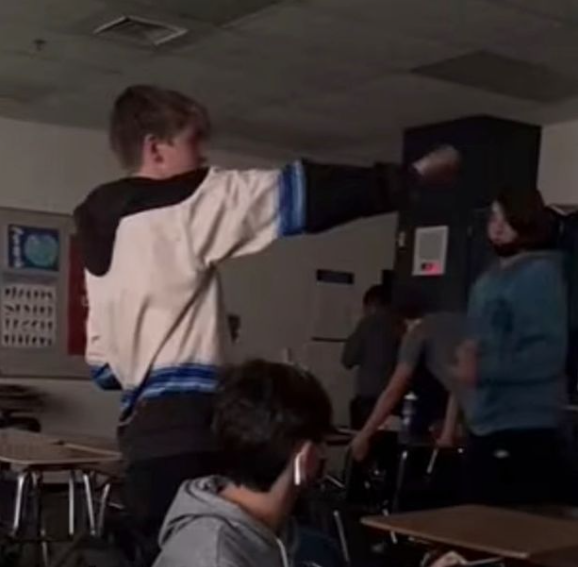 The teenager who opened fire at Oxford High School, Michigan, claimed he was a police officer in an attempt to confuse terrified pupils and lure them out of their hiding spot.

Three teenagers were killed and eight injured when the teen unleashed a shocking attack on Tuesday, Nov. 30.

Staff and students ran in different directions after gunshots were heard about 12.55pm local time, while others hid inside their lockers until police arrived.

FOX 2 reported a parent saying the assailant had been banging on classroom doors and telling students inside that he was from the sheriff’s office, in an apparent ploy to lure them outside.

In a shocking video posted on TikTok later, a group of cowering students can be seen discussing the situation amongst themselves as a voice said from the door: “Sheriff’s office, it’s safe to come out.”

A student replied: “We’re not willing to take that risk right now”.

The voice then said: “Come to the door and look at my badge, bro.”

His use of the term “bro” made them even more suspicious and one of the students said, “that’s a red flag” and they all ran for the window.