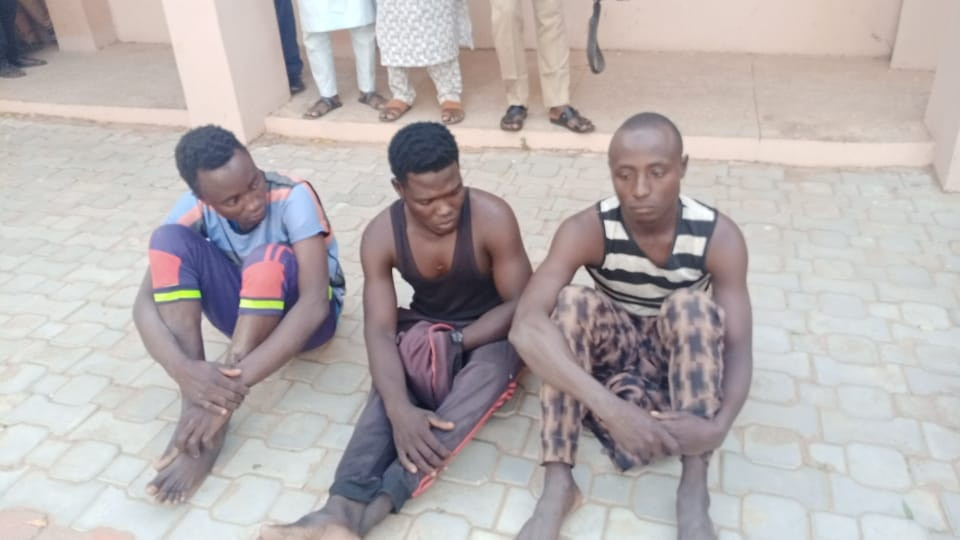 The Zamfara State Police Command has arrested three members of outlawed group “Yansakai” for gruesome murder of three Fulanis at Bargala village in Gusau Local Government Area of the state.

In a statement on Tuesday, November 30, the State Commissioner of Police, CP Ayuba Elkanah, identified the three suspects as Zubairu Musa, Abdullahi Rabiu and Buhari Muazu.

“On 29th November, 2021 the Command received a distress call that, large number of outlawed group known as ‘Yansakai’ carrying dangerous weapons invaded a Fulani Settlement called Bargaja in Gusau LGA with intent to attack and kill the inhabitants of the village,” the CP stated.

“Police Tactical teams were proactively deployed to the village to repel the hoodlums from carrying out their nefarious activities against the community. The operatives have succeeded in containing the situation as well as arresting the above named suspects for gruesomely killing three (3) people in the village using cutlass and knives.

“In addition, another set of twelve (12) Yansakai who attempted to ambush Police operatives were repelled and arrested by the Police with locally fabricated guns and cutlasses. Case is under investigation.” he added.

Can someone help me check on Don Jazzy? Actress Omoni Oboli reacts to Rihanna’s pregnancy

Despite the challenges of November, 2021 remains our best year ever