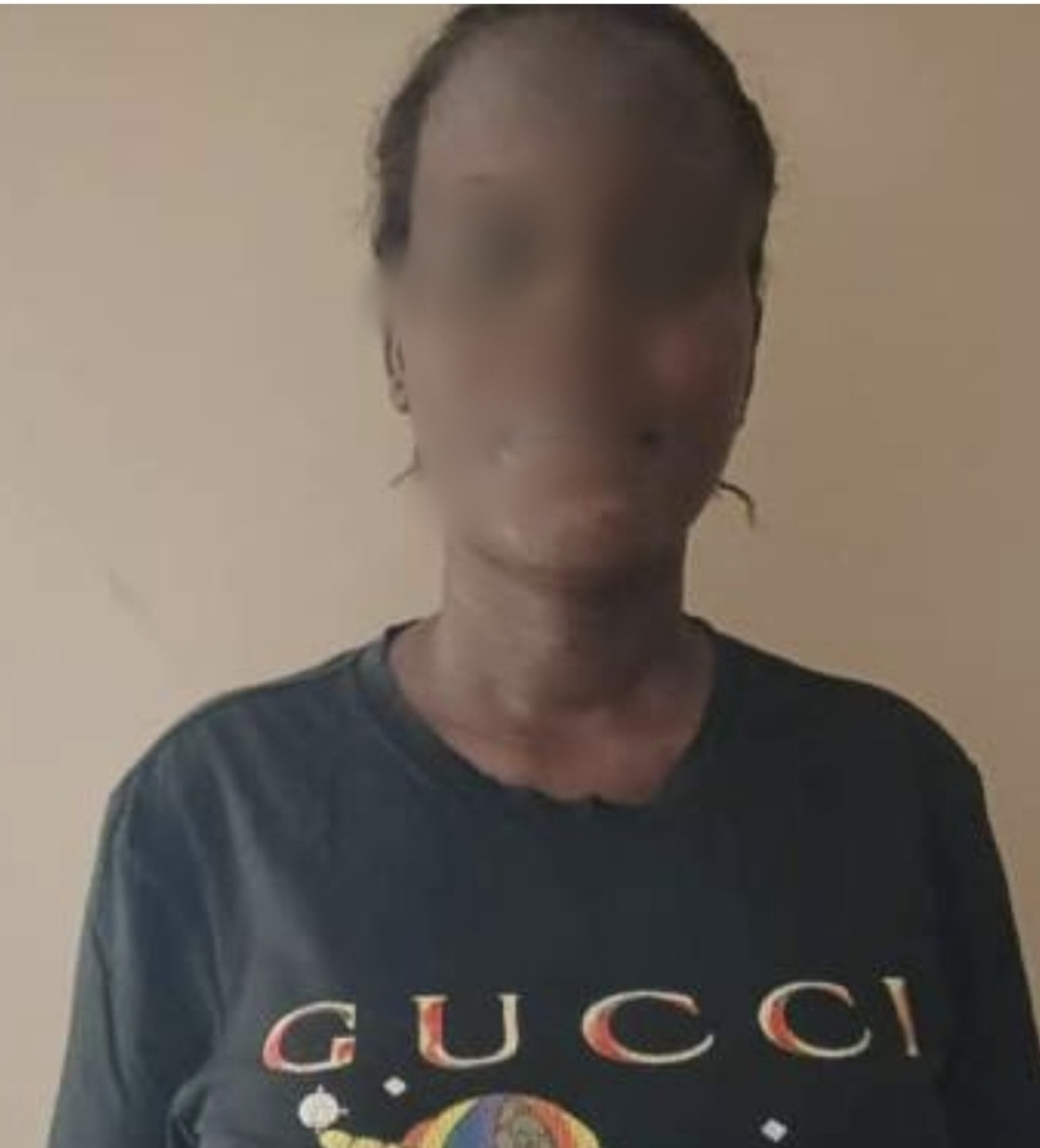 A woman simply identified as Mercy has escaped from a den of ritual killers after being lured with a fake lucrative job offer in Italy.

The 24-year-old lady who is based in Warri, Delta State, was told by a friend that there was a woman in Lagos State ready to sponsor them to Italy to work as sales attendants in stores and stewards for rich clients.

Wanting a better life for herself, Mercy, who lost her father as a baby and was abandoned by her mother at 11 months, left Warri for Lagos State in October 2020 with her friend, who was also lured and tricked to believe the trip was real.

However, on getting to Lagos, rather than send them to Italy as they thought, Mercy and her friend, who is now deceased, were drugged in a location in Surulere, Lagos.

They became unconscious for hours and only realised that they were in danger when they found themselves in a forest.

Mercy and the other women who were in the forest were starved, raped daily, and beaten, a source told SaharaReporters.

They were only given two slices of bread once in three days and made to drink from a dirty pond inside the forest.

Mercy and many of the victims fell sick at various times while in captivity with some of them dying in the process.

The body parts of those who died were sold to ritualists.

A woman, who got pregnant from being raped in the forest, died but her baby survived and the kidnappers reportedly sold the baby and the mother’s body to ritualists.

The den was reportedly fortified and watched by members of the syndicate who all had sophisticated guns with them, such that escaping was nearly impossible.

After spending around nine months inside this den, Mercy, her late friend and two others summoned the courage to escape from the place.

One day, after those guarding the forest became high on drugs and alcohol and dozed off, a handful of the victims escaped.

They walked for three days inside the forest and, unfortunately, Mercy’s friend died during the trip.

The remaining women eventually got to an expressway where a truck driver transporting food items to Lagos reluctantly carried them in his vehicle to the city.

“Mercy is still in shock over everything she went through inside that forest. She returned to Warri last Thursday and gave birth by Caesarean section on Sunday,” a source told Saharareporters.

“She was impregnated by her captors, who took turns to rape her and other ladies in the bush. Others like her who got pregnant in that forest and delivered there had their babies collected from them for ritual purposes.

“The trauma and pain are still fresh for her because many times she screams from her sleep, afraid that those people in the forest would come back to take her. The situation is affecting her mentally.”

The source added: “She is still in the hospital after giving birth by CS. Her health is of great concern to us because she has high blood pressure at the moment. She needs urgent assistance and intervention in various forms.”