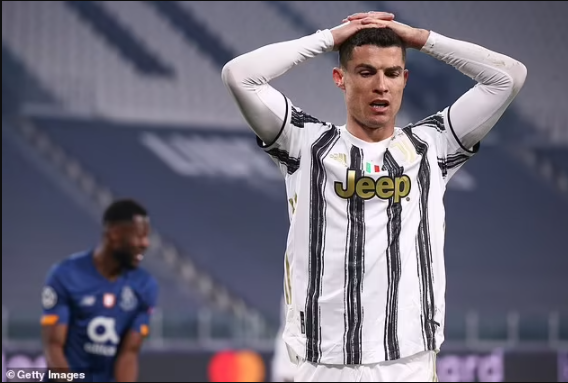 Italian prosecutors have ordered a new search of Juventus offices as part of an ongoing probe into the Serie A club as they are also examining the financial terms of the sale of Cristiano Ronaldo, the company said in a statement.

Turin prosecutors announced last week that they were already looking into whether senior managers at Juventus gave false communications to investors and issued invoices for non-existent transactions.

The club reiterated it was fully collaborating with authorities on the matter.

The club’s offices in Turin and Milan were raided by police last Friday with player contracts, invoices and financial statements taken as evidence.

It follows claims that Juventus falsely recorded the values of transfers between 2019 and 2021 to enable them to comply with Financial Fair Play regulations.

Fabio Paratici, who was Juve’s sporting director before taking up a similar role with Tottenham last summer, is also under investigation. A probe by Italy’s football watchdog COVISOC and finance regulator Consob has already been opened.

Earlier this week, the £47million deal for Cristian Romero to Tottenham in August, the same day he left Juventus for Atalanta for just £13.5m, is one of 42 transfers being scrutinised by police amid claims of false accounting.

Other Juventus deals being probed include Manchester City’s £27.4m signing of Joao Cancelo two years ago.

La Gazzetta dello Sport claims there are recordings of phone calls where Juventus directors talk about a ‘document that should not have theoretically existed’ in relation to Ronaldo, but investigators are yet to find the document in question.

The Juventus directors who have been questioned by prosecutors so far have also reportedly failed to explain the nature of the deal that was struck with Ronaldo, who scored 101 goals in 134 appearances for the Italian giants.