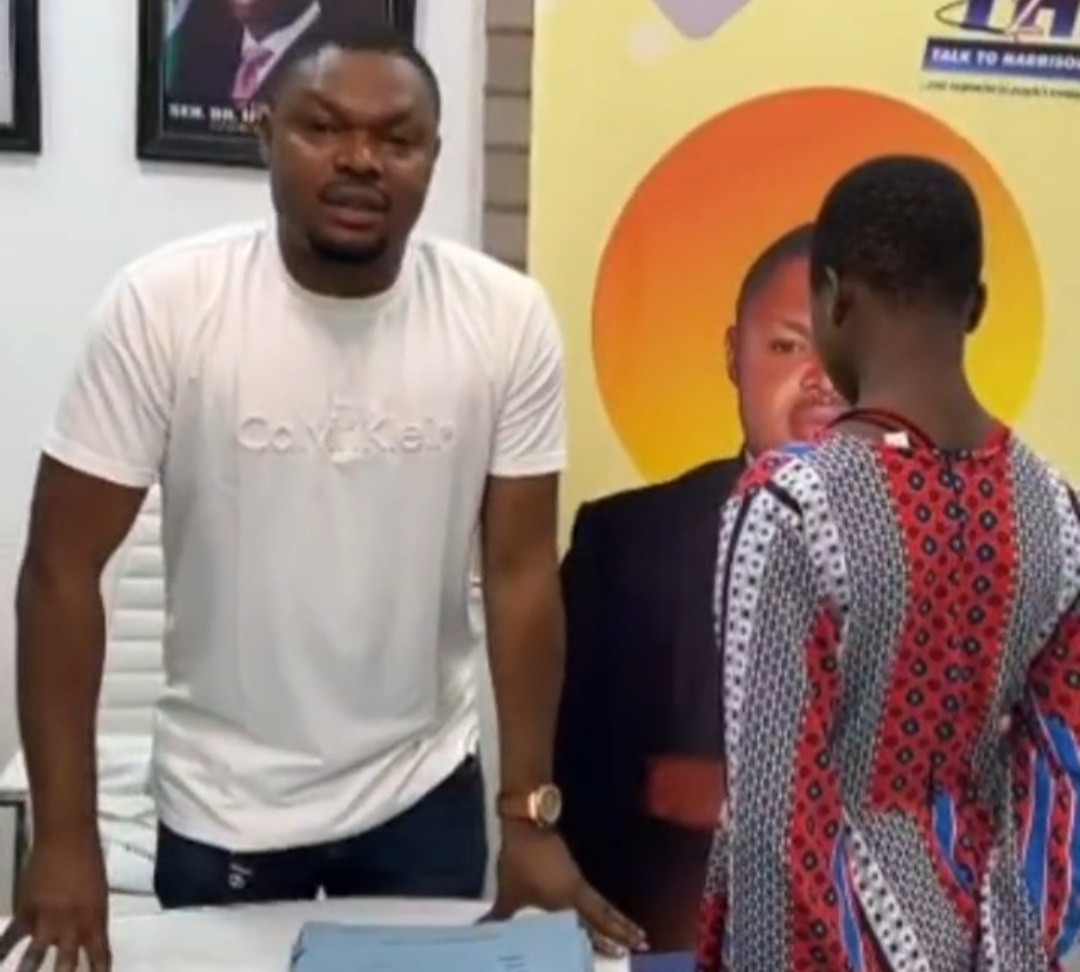 Human rights activist, Harrison Gwamnishu, alerts security agents after medical doctor who allegedly defiled his maid on the pretext of checking if she was a virgin, offers him N1m to cover up the story

Harrison who shared the sad development on his IG page, said the medical doctor defiled the teenager under the pretext of checking if she was a virgin. Harrison said he received the hint two weeks ago.

The activist mentioned that the medical doctor initially denied the investigation but on further interrogation, he confessed to Harrison and even offered him N1 million cash to cover up the case. Harrison was however smart enough to capture the whole incident on a secret camera.

”CASH OF ONE MILLION NAIRA BRIBE TO CLOSE A SEXUAL ASSAULT CASE.

Last two weeks, we received a complaint from an anonymous caller and pleaded we help handle a case of Child Sexual abuse.

We immediately activated our intervention team led by Harrison Gwamnishu to investigate the complaint.

A medical doctor under the guise of checking the virginity of a female maid, a minor living in his house defiled the victim.

Upon an investigation to uncover the truth, he openly denied the allegations. However, he confessed to Harrison Gwamnishu (Recorded via Spy Camera ?) that he indeed perpetrated the act.

He offered Harrison the sum of One million naira for him not to reveal the secret and unjustly close the case. He then went to the bank and withdrew N1,000,000.00 and handed over to HARRISON as bribe to close the case not knowing Harrison has Coconut head and will use same as evidence against him.

Upon further fact finding, it was discovered that he is a serial child rapist who has performed the act on multiple occasions.

This evening, the suspect and One Million Naira exhibit has been handed over to the law enforcement agency for further investigation/prosecution.

Full update will be shared soonest.”