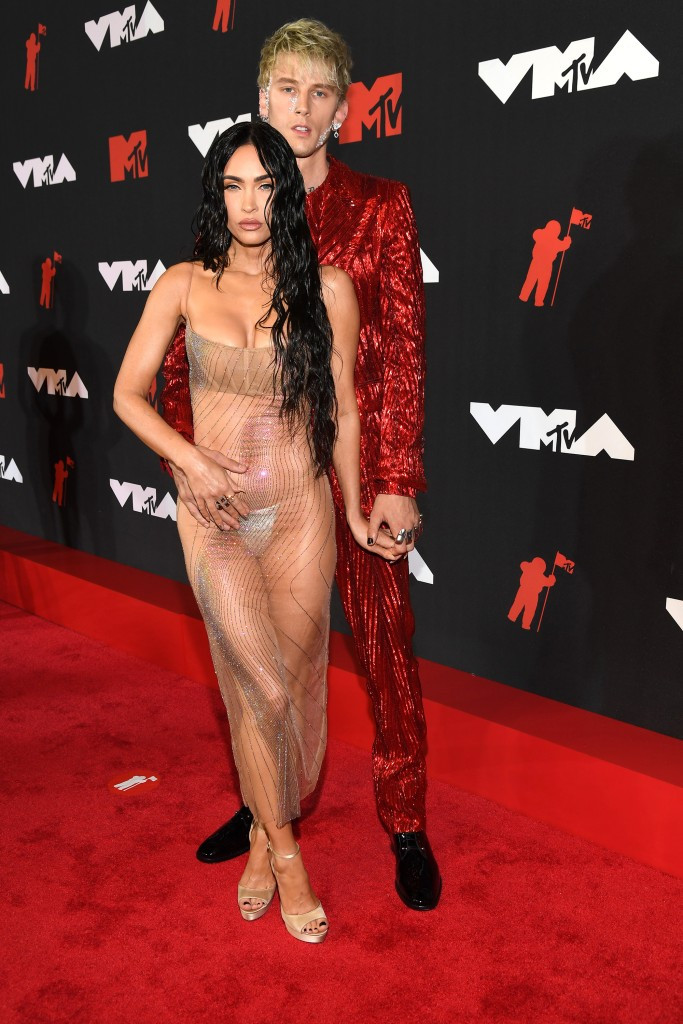 Rapper Machine Gun Kelly has revealed that he once accidentally stabbed himself while attempting to impress his current  girlfriend, Megan Fox.

The rapper revealed this while appearing on Jimmy Fallon’s “The Tonight Show”, wearing a shirt with 35-year-old Fox’s face on it.

He explained that his friend Travis Barker had gifted him a knife engraved with the title of their 2020 album “Tickets to My Downfall”. However when he threw the knife up toward the ceiling in front of Fox and tried to catch it, it went through his hand. He then showed Fallon a scar he still has from the incident.

“This was also right when I was starting to date Megan. It was just a bad night.

And things got even more embarrassing for the rocker when he had to face the music. He added;

“The next morning, as soon as she left, I was like, ‘Yo, I need stitches real quick.”

Fox and Kelly have been open about their love for each other and often show tons of PDA since they were first linked in July 2020. They made their red carpet debut at the American Music Awards that November.

Their romance came after the actress’ breakup with her husband of 10 years, Brian Austin Green, who is now dating Sharna Burgess of “Dancing With the Stars.”

“Yes I do have a daughter and I had her through surrogacy. The Eggs are mine and so genetically she’s my blood.” – Actress, Ini Edo