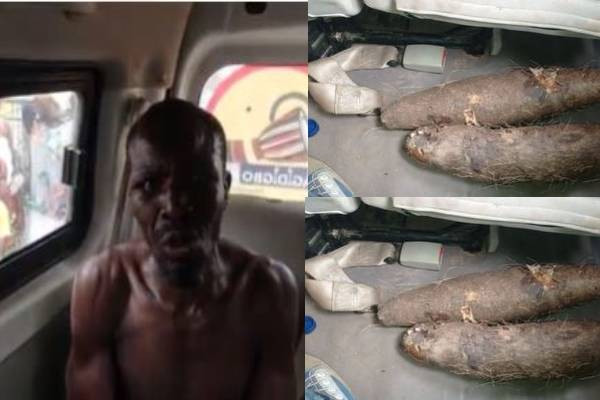 According to report, the man allegedly dropped a certain amount of money on the ground which the children reportedly picked and ”turned into two tubers of yam.”

The man told TVC News in an exclusive interview that he does not believe human beings can be turned into a yam.