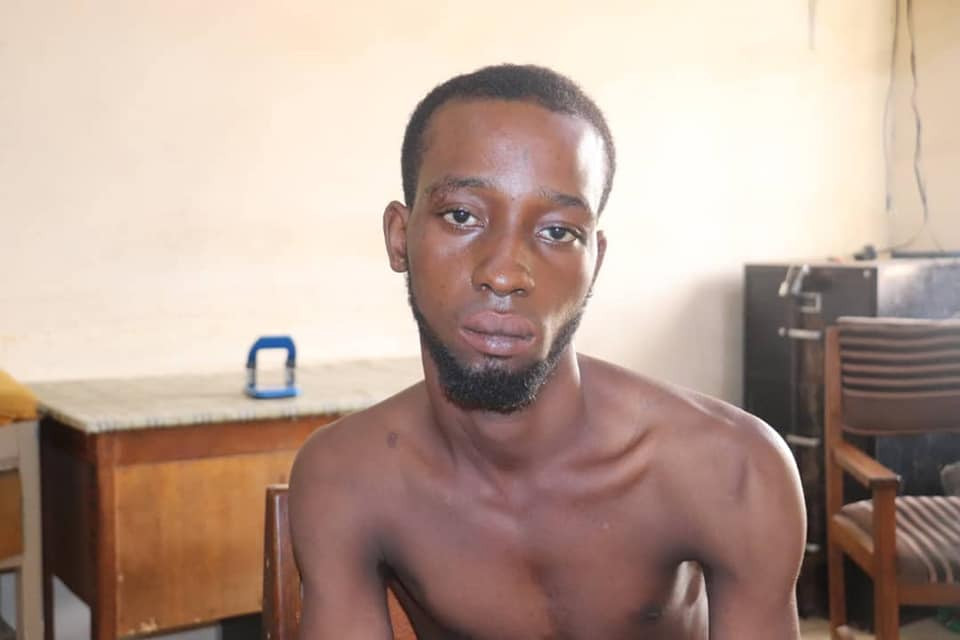 Spokesperson of the police in the state, DSP Wasiu Abiodun in a statement on Friday, said that the 20-year-old suspect has been on the Command’s wanted list for thuggery activities within Minna metropolis.

“On 01/12/2021 at about 1600hrs, based on a tip-off, Police operatives attached to Intelligence Unit of the Command arrested one notorious (Sara-Suka) thug, Abubakar Abubakar a.k.a (Jarfa, Babawo) age 20 yrs ‘m’ of Anguwan-Daji, Minna,” the PPRO stated.

“The suspect has been on the Command’s wanted list for nefarious and thuggery activities within Minna metropolis. He is known for mobilizing and leading thugs, armed with cutlasses and knives attacking communities surrounding Angwan-Daji such as Limawa, New-Market, Flamingo, Kwangila, Ogbomosho road and Murtala Park, Minna causing intense panic and injury to residents and road users in Minna.

“The suspect’s arrest is in addition to the apprehension of over fifty other suspects such as Ibrahim Dan-Asabe (a.k.a P.A), Saifulahi Aliyu and Usman Yusuf, all ‘m’ of Limawa, Kwangila and Airport Quarters, Minna respectively. Effort is ongoing to arrest other members of youth restiveness in Minna metropolis.” he added.