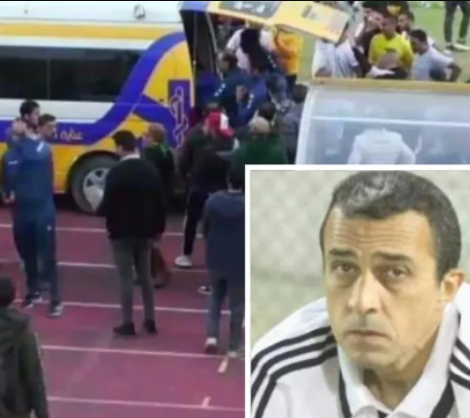 An Egyptian second division manager has died after suffering a heart attack while celebrating his team’s last minute win.

El-Magd SC were facing El-Zarqa at home on Thursday, Dec 2, when they managed to clinch a 1-0 victory.

El Magd manager, Adham El-Selhadar, watched on as his side scored against El-Zarqa in the 92nd minute in an Egyptian Second League match.

Wild celebrations ensued as they progressed up to seventh in the table on 14 points.

Amongst all the drama and celebrations, coach Adham El-Selhadar collapsed on the sidelines as players and staff ran over to check what had happened.

He was attended to by medics before being taken to hospital, where he was confirmed dead.

El-Selhadar had been a professional player in the 1990s, winning the Egyptian Premier League and Egypt Cup before becoming a coach.