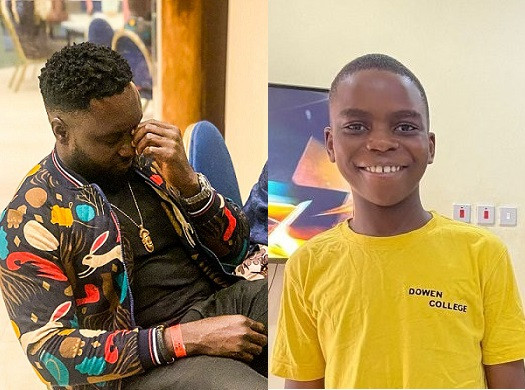 The death of Sylvester Oromoni is going to test the Nigerian criminal justice system, image of the rich, elites, and politicians vs humanity

Nigerian singer, Djinee has called for justice to be duly served over the death of Sylvester Oromoni, because the case is going to test the Nigerian criminal justice system, the image of the rich, the elites as well as politicians.

Sylvester Oromoni, an 11-year-old Dowen college student died after he was allegedly bullied and tortured by his classmates. His death has since sparked a nationwide outcry, with many including celebrities calling for all those involved in his death to be arrested and prosecuted.

Because of the attention the gruesome death of Sylvester has drawn, Djinee said that the case must not be swept under carpet irrespective of those involved because all eyes are now on the Nigerian criminal justice system.

The death of 13yr old Sylvester Oromoni is going to test the Nigerian criminal justice system. The image of the rich, elites & politicians VS humanity, truth & justice.

The school had quickly taken a position similar to that which the govt took during the EndSars protest probably to save face & because of the calibre of students involved.

All animals maybe be equal but some are more equal than others in Nigeria, in our neighborhoods, churches & mosques, offices, schools and unfortunately, Sylvester wasn’t equal enough.

He must get justice but even I know that will be an uphill task. R.I.P soldier & happy 13yrs old posthumous birthday. A battle for the soul of Nigeria is on!