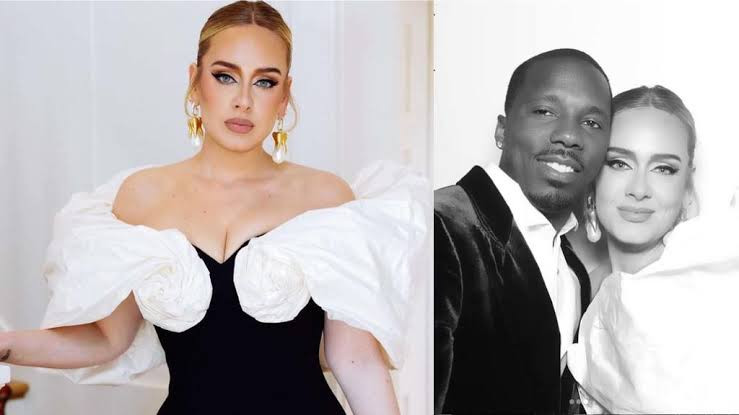 Singer, Adele has stated that she misses being married.

Adele, 33, is currently dating sports agent, Rich Paul, 39, and made the comment after she was seen wearing a ring on her wedding finger.

During an appearance on Sirius XM, she said: ‘I’m definitely open to marriage again. The feeling I had in being married was the safest feeling I’ve ever had in my life.’

She added on her former relationship: ‘Sadly it didn’t work out, but I miss being married.’

Speaking about her chart-topping recent album titled, 30, she said it struck ‘the right tone of a relationship falling apart’.

‘It’s about you having to sit down as two absolute grown-ups having to talk about how you are going to split your lives apart. It has to be respectful of each other and calm or nothing will get sorted out.

Adele has a reported net worth of $190 million and says she is very protective of her cash. She reportedly paid her ex millions of dollars after they got divorced.

‘It’s not bitter, argumentative or f*** you and all that. It cannot be like that there is a child involved. There has been all sort of rumours online about why he got all my money.

She said: ‘As if I am stupid to let someone have all my money?

‘Not that he would even ask for it. A lot of people thought I was going to be an angry divorced woman. Well, I am not – listen to my side.’