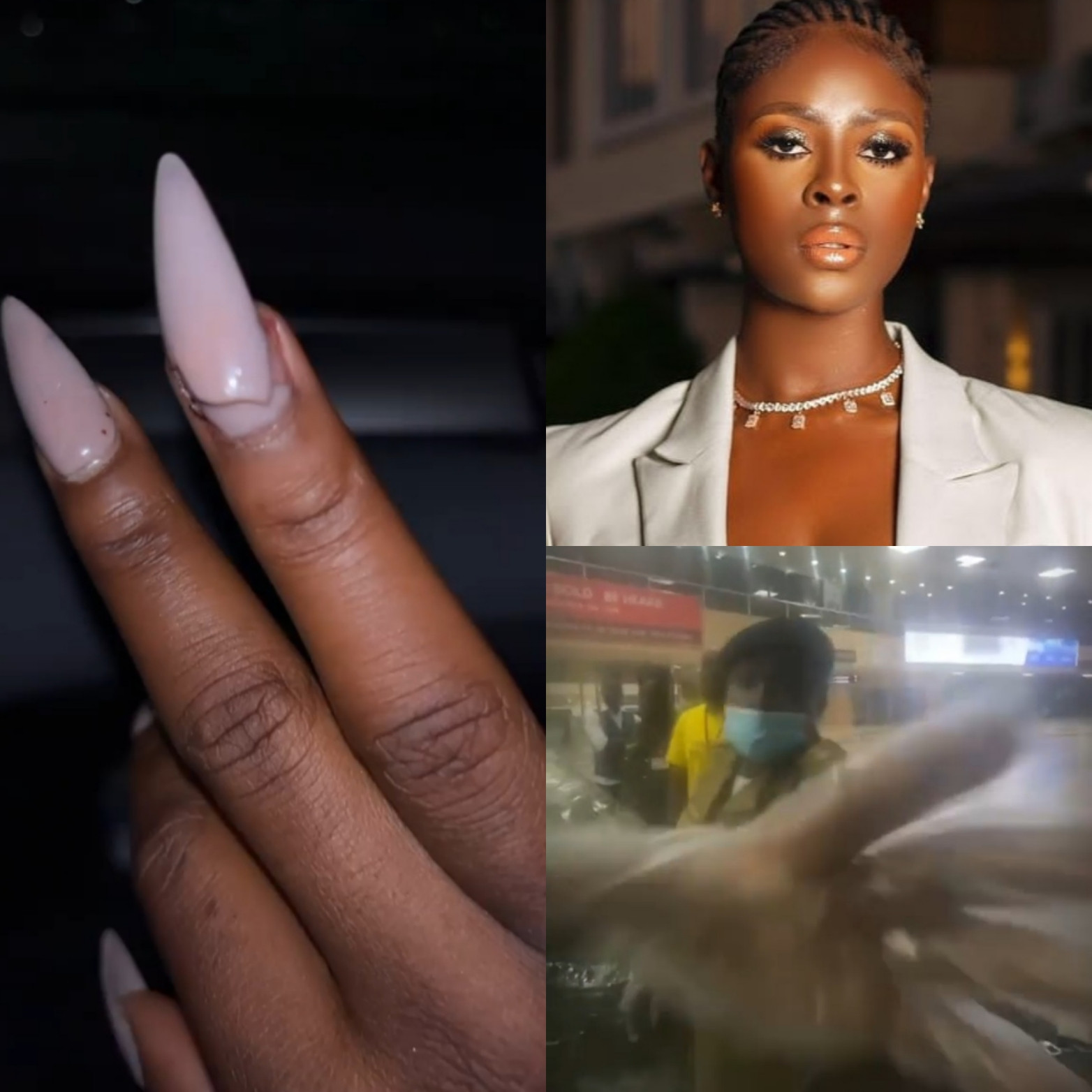 Khloe has accused an official of NDLEA of assault.

She shared a video of the official charging at her while she was filming her at the airport.

The reality star then shared a video of her broken finger nail, which she blamed the official for.

Khloe called on NDLEA to investigate the incident and called on officials to stop “harassing citizens because of their uniforms.”