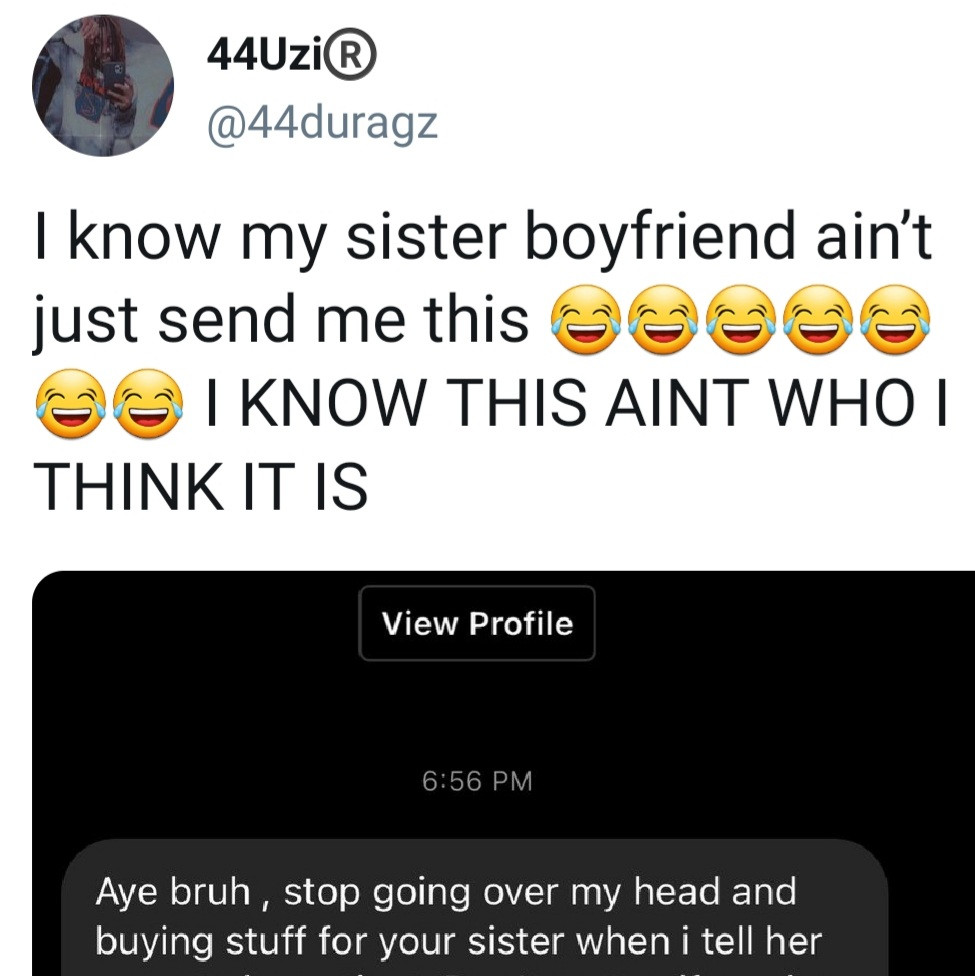 A Twitter user has shared a message he received from his sister’s boyfriend.

In the message, the boyfriend is seen telling his girlfriend’s brother to stop going over his head to buy gifts for his sister when he refuses to get the gifts for her.

“Don’t matter if you her brother, I’m her ni**a. What I say goes,” the boyfriend wrote to his girlfriend’s brother.