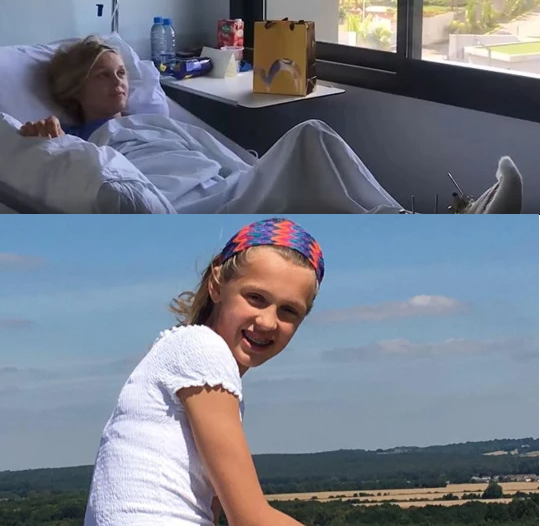 A teenage British backpacker survived an attack by a crocodile on the Zambezi River and she said she is “very, very lucky” to be alive.

Amelie Osborn-Smith, 18, was left fighting for her life after the 10ft killer clamped its jaws round her calf and dragged her into a death roll near the Victoria Falls in Zambia.

She was saved by her friends who dived into the water after her and punched the crocodile on the nose until it let go of her.

She was then airlifted to a hospital in the capital Lusaka.

Speaking from her hospital bed at Medland Hospital, she said in a video shared on its hospital page: “You don’t really think in that situation, obviously people say you see your life flash before your eyes or whatever but you don’t, you just think, ‘how do I get out of this situation?’

“And your brain just goes into overdrive and you just think how to get out but I was just very, very lucky.

“When the accident happened I fully accepted the fact I was going to lose my foot and I accepted that and I’d said to all my friends, it’s fine, I’ve lost my foot, I’m still alive and then I was told my foot is fine and I’m going to be able to walk again and it’s such a relief.”

Young woman collapses along the road in Delta community (video)