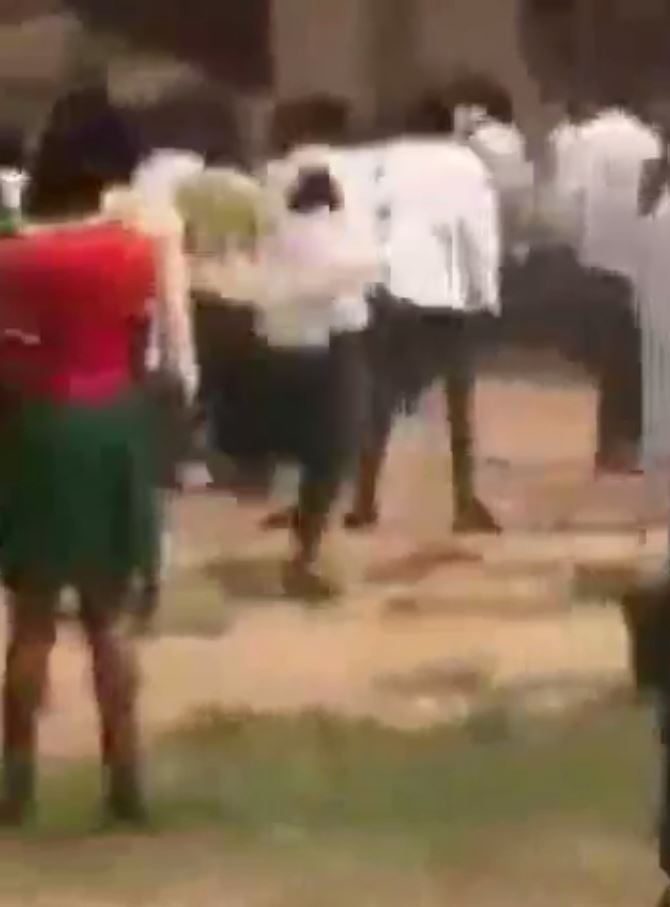 It was gathered that the principal invited a police officer to restore law and order in the school, and the irate students allegedly attacked the officers.

They reportedly took hold of the officer’s uniform, pursued the principal from the school before carrying out massive destruction of the school’s properties.

A video of the students serving rounds online showed some of them celebrating themselves after the incident.

In other news, a SS3 student of a private school in Abraka, Delta state, Michael Ogbeise, has reportedly beaten a teacher, Ezeugo Joseph, to death.

It was gathered that the unfortunate incident occurred on Thursday, December 2, after the teacher flogged his younger sister.

The Spokesperson of the State Police Command, DSP Bright Edafe, who confirmed the incident, said the suspect attacked the teacher for beating his sister, Promise.

According to the PPRO, the suspect dealt the teacher a single blow and he collapsed immediately. He was later confirmed dead in a hospital.