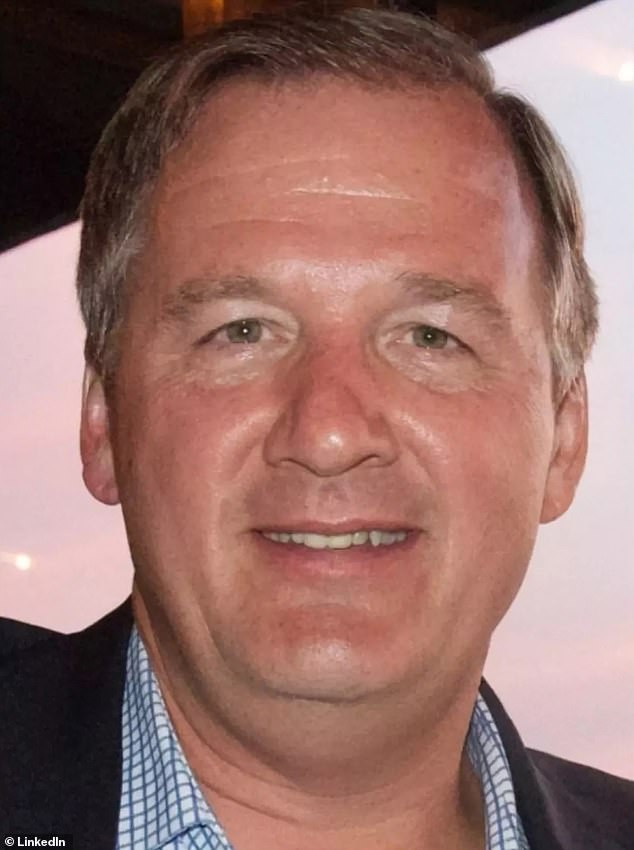 George Cacioppo, a senior vice president of engineering at Playstation, owned by Sony, for eight years, allegedly sent explicit photos and his GPS location to a member of the YouTube account ‘People v. Preds’ via the gay hookup app Grindr in October.

The boy (who was actually a decoy) claimed to have recently turned 15, according to screenshots of the exchange.

‘Too bad,’ Cacioppo, 64, replied, before asking the fake teen about his sexual experiences and preferences, ‘You want to suck or get sucked?’

On Friday, December 3, Cacioppo was filmed waiting for a child outside his San Diego-area home while wearing a ‘PS5’ T-shirt after he and the decoy agreed to meet in person.

When a person holding a video camera confronts him, Cacioppo shuts the door.

Sony has now sacked him.

‘We are aware of the situation and the employee in question has been terminated from employment,’ Sony told CNET on Sunday.

Cacioppo had Grindr profiles under the names ‘Giving Head’ and ‘Hosting BJ 4U,’ according to screenshots shared on a Google Drive by the People v. Preds account.

It is not known if he’s married or has any children.

”Why are you speaking now that a child has died?”- Nigerian mum attacks ex Dowen college counselor who said the students in the school are not well monitored (video)