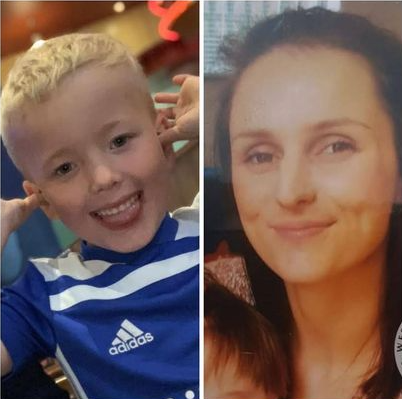 Emma Tustin, the stepmum who force-fed 6-year-old Arthur Hughes food covered in salt, has had her meals laced with salt by her cellmates in revenge for the abuse she carried out on the six-year-old before she battered him to death.

Emma Tustin, 32, was sentenced to life imprisonment with a minimum term of 29 years at Coventry Crown Court on Friday, Dec. 3, after being found guilty of torturing and murdering her stepson.

Tustin repeatedly banged Arthur’s head on a hard surface in the hours leading up to his death. She and 29-year-old Thomas Hughes, the child’s father carried out a campaign of abuse, including starvation and then force-fed him food covered in salt.

It was revealed in court that Tustin forced Arthur to consume “an absolute minimum” of 34 grams of salt hours before she battered him to death.

The trial heard Arthur was found to have the equivalent of six teaspoons of salt in his blood, leading to hospital readings which were “off the scale”.

Analysis of Arthur’s blood upon his admission to hospital recorded sodium levels between 180 and 187.2 millimoles per litre (mmol/L) – a normal range of sodium is around 140 mmol/L.

Children’s kidney consultant Dr Malcolm Coulthard said the results indicated a “massive dose” of salt was given to the boy and that poisoning was the only available diagnosis.

He calculated that Arthur must have consumed 34g of salt as an “absolute minimum” to record a reading of above 180 mmol/L.

The trial was told that the reading could only be explained by ingesting large quantities of salt in the hours before he was taken to hospital.

As revenge for the horrific abuse she inflicted on Arthur, Tustin’s cellmates have been spiking her meals with salt at Eastwood Park Prison, a former cellmate revealed.

Elaine Pritchard, Tustin’s former cellmate, told the Sunday Mirror: “Some of the things we did were cruel – but she was crueller to Arthur so she deserved it.”

Elaine spent six weeks locked up with Tustin while she was on remand and also told the newspaper Tustin never mentioned Arthur and instead claimed she was in prison because Hughes had “neglected” his son.

Elaine, who was recalled to prison for battery and criminal damage, told the publication: “Emma hadn’t said anything about Arthur dying. She never mentioned him.”