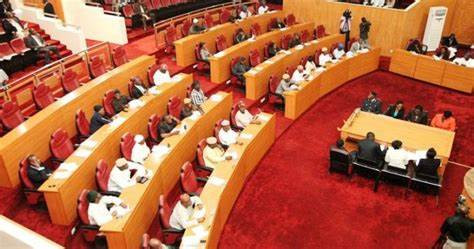 A vote of no confidence has been passed on Bauchi state Commissioner for Education, Dr. Aliyu Tilde, by members of the state house of assembly.

The lawmakers confirmed Tilde’s nomination as commissioner earlier, but withdrew it over an alleged disrespect.

This ensued after adoption of a motion moved by Chairman, House Committee on Education and member representing Hardawa Constituency, Babayo Mohammed, under matters of urgent public importance during Monday’s plenary.

Mohammed described Tilde’s conduct during last Friday’ defence as “unfortunate and disrespectful.” He noted that even though  the commissioner was late for the hearing, he was allowed in but responded with uncomplimentary remarks while addressing committee members.

“While we were trying to explain ourselves to him, he interfered and enquired who we are. We told him we are legislature and another arm of government, but he kept asking who we are.

“The legislature is one of the three arms of government, so for him to ask us who we are; this is an insult to the 9th Assembly.

“Therefore, we asked him to go when he realized we are something, he should come back for the defence because, we have eight days from today to end the budget defence proceedings.”

The House adopted the committee’s report and its recommendations which included allowing the Permanent Secretary of the Ministry of Education to continue with the budget defence.

“The House also assures the good people of Bauchi state that nothing would stop the budget defence process of the ministry, the Permanent Secretary would continue with the defence process.”