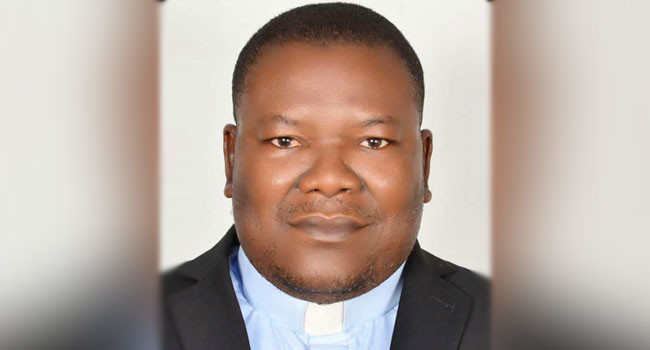 A Catholic Priest, Reverend Father Joseph Ajayi has been abducted along Akure-Ikere Road in Ondo State.

Ajayi was returning from Ikere, a city in neighbouring Ekiti State and travelling to Ilara-Mokin in Ifedore Local Government Area of Ondo State at the time of his abduction.

A family source who confirmed the abduction of the cleric, told Channels Television that he was very close to Akure, the Ondo State capital where his parish is situated, before he was attacked and taken away by yet-to-be-identified persons to an undisclosed location.

The 49-year-old reverend father was reportedly travelling alone. The assailants are yet to contact any member of the victim’s family and the vehicle has not been recovered.

Halima is not my friend, she is an ex-friend who is fighting herself up and down