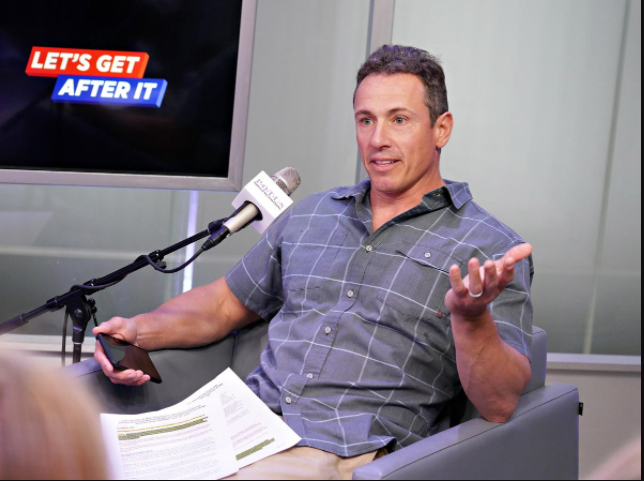 Chris Cuomo has announced that he is ending his SiriusXM radio show two days after being fired by CNN as a prime-time host over claims he committed sexual misconduct against a woman.

Cuomo made the announcement in a tweet on Monday night, December 6.

“The way my time ended at CNN was hard,” Cuomo wrote.

“While I have thick skin, I also have a family, for whom the past week has been extraordinarily difficult. So, right now, I have to take a step back and focus on what comes next.”

“That means I will no longer be doing my SiriusXM radio show.”

“I am extremely grateful for the support I have received from SiriusXM throughout my time there. I also want to express my sincere appreciation for my loyal listeners,” Cuomo said. I will miss our conversations a great deal – but I look forward to being back in touch with you all in the future.”

A SiriusXM spokesperson said, “Following Chris Cuomo’s statement that he is leaving his SiriusXM show, Let’s Get After It will no longer air. We thank Chris for his work at SiriusXM.”

Cuomo was initially suspended by CNN last Tuesday after documents released by New York Attorney General Letitia James revealed that he was more deeply involved in several efforts to control damage to his brother, then-Gov. Andrew Cuomo, after he was accused of sexual harassment.

On Saturday, he was fired by CNN over the depth of his involvement in his brother, former New York Gov. Andrew Cuomo’s case. The younger Cuomo aided his older brother behind the scenes in combating sexual harassment allegations, texting and strategizing with top aides, investigating accusers, and snooping on other journalists writing about the claims.

Andrew Cuomo resigned as New York governor in August after a damning investigation commissioned by James found he had harassed nearly a dozen women, a number of whom worked in his administration. Andrew Cuomo has denied wrongdoing.