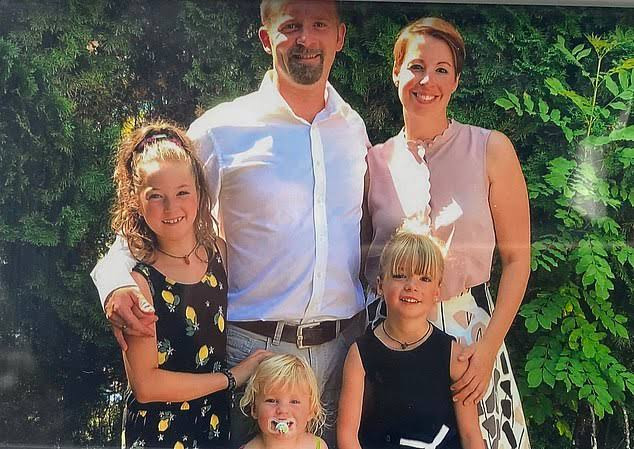 Husband kills himself, wife and their three young girls after he faked a Covid vaccine certificate and feared his children would be taken away when he’s caught

A man has killed himself, his wife and three young girls after he faked a Covid-19 vaccine certificate and feared his children would be taken away when it was discovered.

Police found two adults, both 40, and three children aged four, eight and 10 dead from gunshot wounds in a family home in Koenigs Wusterhausen south of Berlin, Germany on Saturday, December 4.

In a long farewell note found by police, the man, named as Devid R, said he forged a vaccination certificate for his wife named Linda.

According to prosecutor Gernot Bantleon, Devid’s wife’s employer found out, prompting the couple to fear they would be arrested and lose their children Leni, Janni and Rubi.

Police were called to the house after being alerted by witnesses who had seen lifeless bodies in the house on Saturday.

In Germany, having a fake Covid-19 vaccine certificate is a criminal offence and is punishable by either a fine or a years jail term.

Investigators suspect that the man killed his wife and children and then himself. They found a gun in the house, but it wasn’t immediately clear whether it was the weapon used to fire the fatal shots.

They found no indication that anyone else was present at the time or that anyone forced their way into the house.

Surrogacy: Ini Edo fires back at critics, tell Nigerians to leave her alone